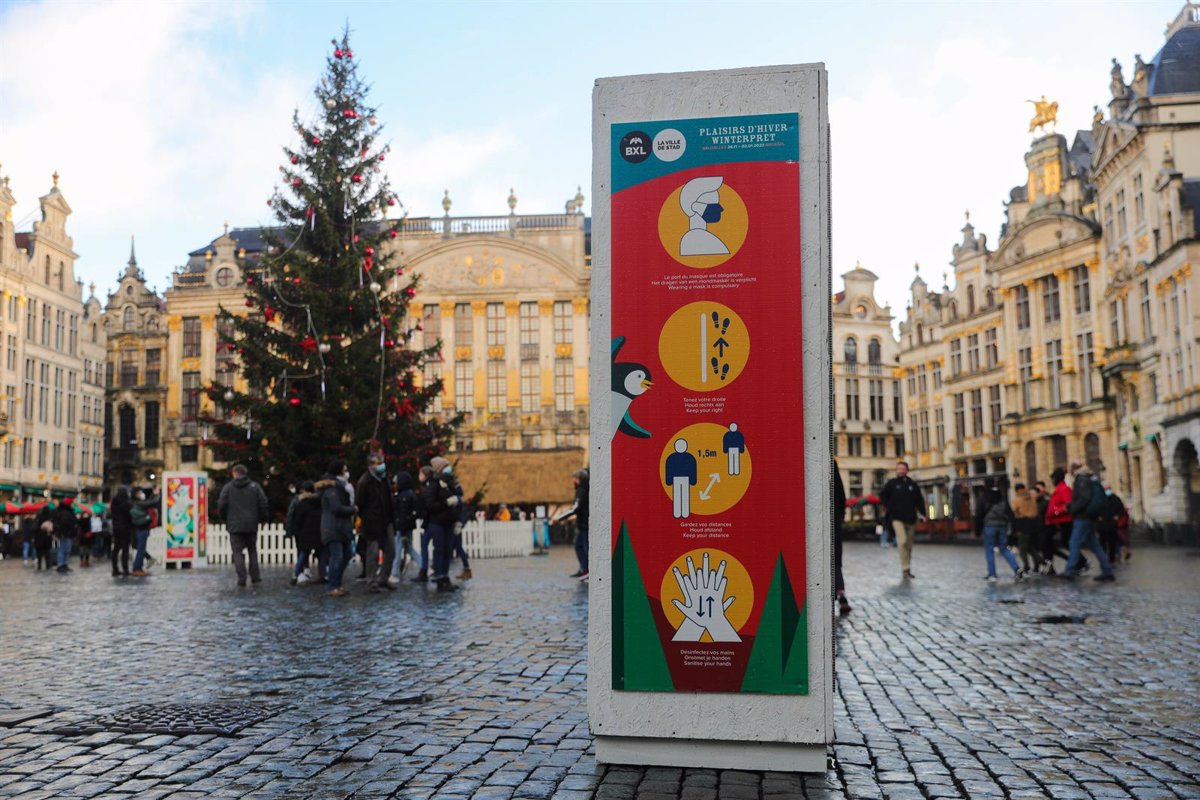 Belgium will impose the use of a mask on children over six years of age for the first time since the beginning of the pandemic and will advance the school holidays in children and primary schools by one week, in a decision that tries to contain the rebound in infections by coronavirus and the saturation of hospitals without reaching the closure of schools and hospitality that were claimed by health experts.

Private indoor events are also prohibited, with the exception of sports and ceremonies such as weddings and funerals, while those of a public nature indoors, such as concerts or fairs, are limited to a maximum of 200 capacity people and with additional restrictions such as use of mask and that all attendees are seated.

These measures are in addition to other restrictions that the federal and regional governments agreed to in meetings in the last two weeks and that include the closure of bars and restaurants at 11:00 p.m., the use of a mask indoors and outdoors, and the obligation teleworking four out of every five days.

In addition, the authorities ask “to limit the maximum” social contacts and that the meetings be held mainly in the open air, while encouraging citizens to undergo rapid self-diagnostic tests on a regular basis.

However, the authorities have finally decided not to impose the closure of schools or advance the closure of the hospitality sector to 8:00 p.m., despite the fact that they were some of the keys to the report presented on Monday by the committee of health experts who supervise the evolution of the pandemic.

In return, children from six years of age will have to wear a mask at school and secondary school students will go to a “hybrid” system until the end of the month, whereby they will follow most of their teaching hours remotely. Another of the planned measures is to install CO2 meters in classrooms.

The Minister of Health, Frank Vandenbroucke, in favor of stricter measures to curb infections, has declared himself “disappointed” by the result of the consultation committee in which the authorities have decided on the changes.

Vandenbroucke has pointed out that the upward progression seems to be slowing down in recent days, but has warned that the situation is far from under control, although the peak of cases may have been reached in this fourth wave.

The Belgian Prime Minister, the Flemish liberal Alexander de Croo, has warned that four out of ten beds in Intensive Care Units are occupied with patients with severe forms of Covid and this influences the delay of treatments for other patients: “The situation is unsustainable. ”