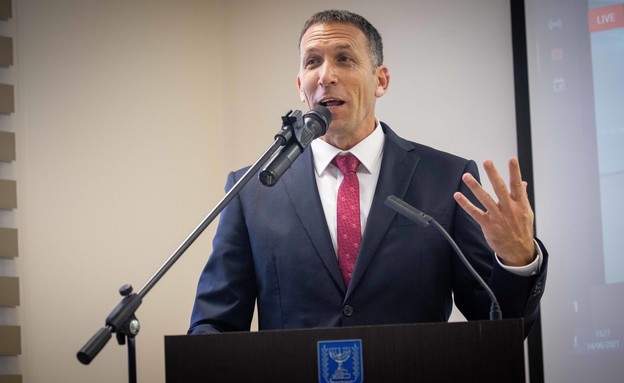 According to a report in Haaretz, a security source claimed that there had been no threat of such severity to a politician since a similar ruling was given against the assassinated prime minister Yitzhak Rabin.

The ruling in Kahana’s case was apparently given last week, and information about it was received by the Shin Bet earlier this week. A persecuting law “allows to harm and even kill a person who intends to kill another person.

Earlier this week, the ISA informed Minister Kahana that a security guard would now be attached to him, following new threats on his life, which reached the organization – and led to a decision on the move. About a month ago, Interior Minister Ayelet Shaked, also from Kahana’s party, “The Minister of Justice and I are not supposed to be secure and we are with security,” she said. “It should not be like that – I hope the winds will calm down.”

In an interview in the “main edition”, Minister Shaked added that “incitement is in the networks by a great many people, it exists and at high intensities.” She said – “It is a precedent decision that two ministers who do not need to be secure – make a decision for so long.”

The ISA ‘intervention is considered relatively unusual, since according to the law, it is not allowed to secure ministers in the government except by an unusual decision of the Ministerial Committee on ISA Affairs. A security source told Haaretz that in recent years various threats have been received against politicians, including those originating from extremist religious groups. However, a threat of this kind has not been imposed on a politician since Rabin.