After the grandfather’s appeal was rejected: Eitan Biran took off from Israel to Italy 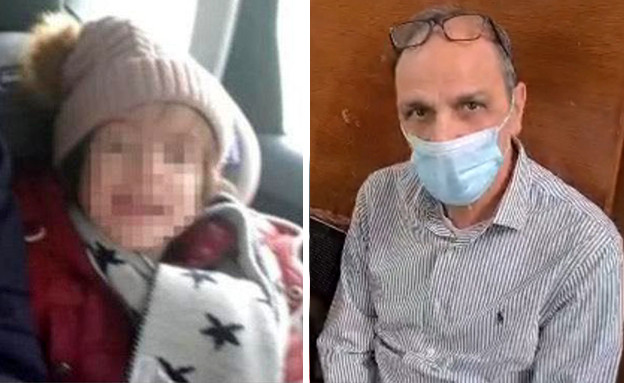 84 days after being brought to Israel without the consent of his guardian, the 6-year-old who lost his parents and brother in the cable car crash took off back to his home in Italy • About two weeks ago, grandfather Shmuel Peleg’s appeal to the Supreme Court was rejected.

The boy Eitan Biran, the only one who survived the cable car disaster in Italy where his family members were killed and brought to Israel without the consent of his guardians, took off today (Friday) with his aunt Dr. Aya Biran-Nirko, her husband Or and two cousins, Aya and Or’s daughters. Which is located near the house of his late parents, which is also adjacent to the house of his paternal grandparents.

The procedure for returning passports and ensuring a smooth, fast and safe transfer at the airport and border checks in Israel were supervised by the Biran family’s attorneys, Adv. Shmuel Moran and Avi Chimi. On behalf of Dr. Aya Biran-Nirko “He will now return with them to the routine of his life, to all the medical, therapeutic and educational frameworks, to his friends in the neighborhood and to the school, to the community in which he grew up, and to his beloved cat Oliver.”

About two weeks ago, Grandpa Shmuel Peleg’s appeal to the Supreme Court was rejected and it was ruled that Biran would be returned to Italy within two weeks. During the hearing, the judges ruled that there was no doubt that Eitan’s place of residence before his abduction to Israel was in Italy. “The minor has lived in Italy almost all his life,” it read. “His case is therefore not similar to the case in which it is a parent’s trip abroad for a fixed period.”

The judges ruled that the Peleg family did not lay a factual foundation on which to fear that Eitan’s return to Italy would cause us mental or physical harm. They added: “The Family Court estimated that the minor’s young age and mental state did not allow him to form an independent will for not returning to his country of residence.”

The Peleg family, Eitan’s family in Israel who flew him to Israel and want to raise him, said: “The State of Israel today gave up a helpless Jewish child and Israeli citizen without his voice being heard, in favor of living in a foreign land, far from his beloved family “We will fight in every legal way to bring Eitan back to Israel and prevent the severance of the connection forced on him by his aunt from the family of his late mother Tal.

Dr. Aya Biran’s attorneys, attorneys Shmuel Moran and Avi Chimi, stated: “We welcome the Supreme Court’s ruling, which in our opinion is legally, morally and humanly correct. Although it is a sigh of relief, it is the end of an unfortunate episode, and mostly harmful and unnecessary for little Eitan. We are sorry for the extra upheaval he went through with them after the terrible disaster, and for the long time that elapsed from the moment he was abducted from his home until he returned to the life he knew and the routine that was so important to him.

“Eitan will now be able to return to his family in Italy, including his grandparents, the parents of his late father, and to all the frameworks from which he was taken in one, medical, mental and educational. As for the Peleg family, we hope that now, “And three Italian courts that Ethan must return to his home and normal residence will know how to stop the legal battles, stop the aggressive and defamatory media campaign and stop their forceful path, so that maybe, just maybe, things can return to an optimistic path of rehabilitation and reconciliation.”