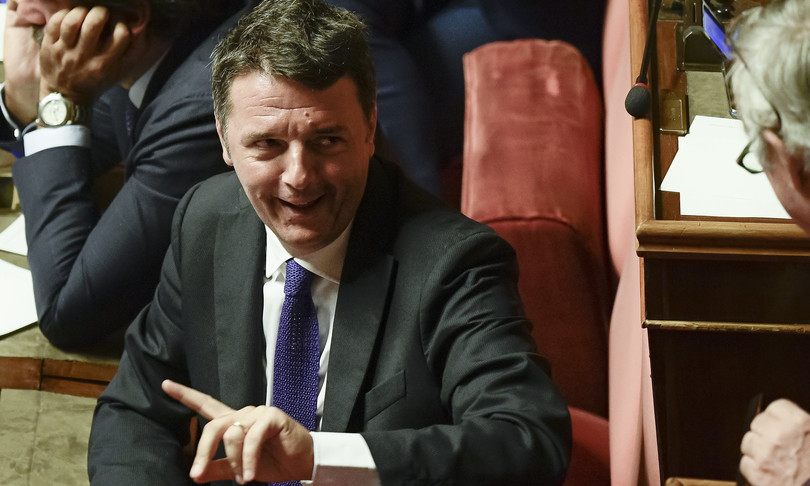 Matteo Renzi tries to take center stage. And in this case the chessboard is the one on which the Quirinale game is played. According to what the parliamentary sources of Coraggio Italia report to the , the former prime minister is allegedly working on an agreement between the groups of Italy viva and those of CI to return to “give the cards” in the match for the election of the Head of State.

Sources from Italia viva, however, explain that it is simply a “dialogue between political subjects who want to strengthen the government in the person of President Mario Draghi. A comparison between those who see Draghi as the best possible prime minister and not simply a political event to accept “.

In conclusion, “the big center has nothing to do with it in this case. It is not on the agenda“Contacted by the , the senator of Coraggio Italy, Gaetano Quagliariello, explains that” there are many political forces at the center, which have common objectives, both in the short and long term. “In the short term:” There is a need ‘to find a solution for the Quirinale “.

In the long run: “Ensuring the continuation of the legislature and the government. If these central forces continue not to dialogue, they confine themselves to a residual space. It is not a parliamentary agreement, but a great methodological indication; not a cold fusion, but an attempt to say that we are not residual. Here, “concludes Quagliariello.

“Not seeking a confrontation between these forces would mean killing this prospect,” he adds. “On the other hand, we were in the mixed group with Leu, I don’t see why we shouldn’t discuss a consultation pact or a federation with forces more congenial to us, remaining in a center-right position”.

Contacts are underway between the most important names of the two political forces, but at a first ‘screen’ among the elected members of Coraggio Italia, the discontent seem to overwhelm the enthusiasm.

“The question that needs to be asked is whether there is a central political project”, explained by a deputy: “Matteo Renzi has everything to gain: if he manages to control 60 parliamentarians between Italia Viva and Coraggio Italia, he can become the arbitrator of the election of the Head of State “.

But what would Coraggio Italia gain? The answer lies in the candidacy for the next elections of the most prominent names of the two formations, provided that the agreement takes the form of a political project. Of course, not all the participants in the operation, but the ‘facilitators’ of the agreement would have the road smoothed. For this reason, sources of Coraggio Italia maintain that “not everyone will follow Gaetano Quagliariello and Paolo Romani on Renzi’s boat.

Among the opponents there is certainly the deputy Osvaldo Napoli: “Let’s say with a somewhat rude clarity: if someone tries center operations close to the elections for the Quirinale, without other political objectives, we are facing parliamentary piracy operations. And there are buccaneers in this Parliament far too many, “he explains. But even Carlo Calenda, who in the last few hours has had contact with the two parliamentary forces, says he is against it.

“Politics is something that is done on facts, on concrete actions. Alliances are carried on if people vote and share the same things, it is not a parliamentary game in which Tizio gets together with Caio against Sempronio”, he explains. the leader of Action from Naples where he presents the manifesto of his political creature.

“Iv said he is on the left, Coraggio Italia has sworn he is on the right. Now – he continues – they unite to count more at the Quirinale. It does not seem like a political project to me, but an operation that has a very limited horizon. but they go wherever they want “, adds Calenda.

And if Matteo Salvini makes his “best wishes” for the dialogue initiated by Coraggio Italia with Matteo Renzi, the co-founder of CI, Giovanni Toti, says he is sure it is not “polemical” wishes, but a ‘good luck’ . Then it is certainly not something that goes against the interests of the center right “, adds Toti.

The Ligurian governor is cautious about the success of the operation and robs contacts with the Renzians in ‘praxis’: “I believe that at this moment talking with everyone is in the interest of the country system, especially when it comes to choosing the guarantee authorities, such as the President of the Republic: the more they are shared, the more they are the result of a large parliamentary vote, the more effective they will be for all of us, including the country’s main political leaders. After that we dialogue with everyone: this does not mean that we share the same path with everyone, it is all to be seen “, Toti points out.