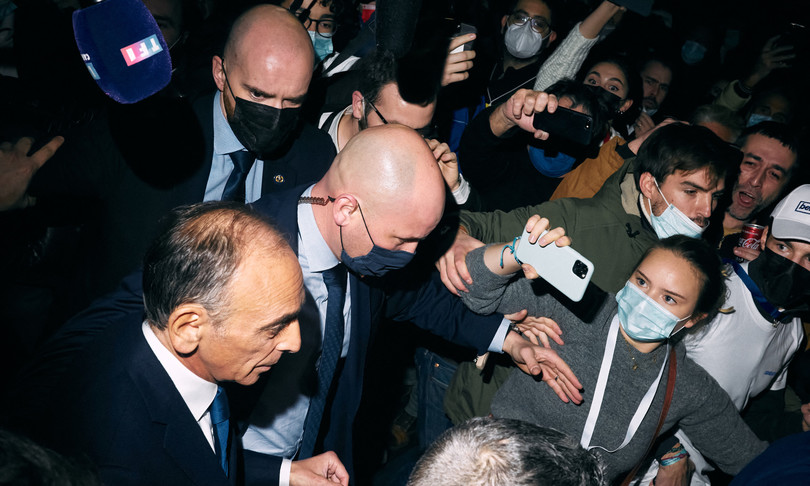 Reconquer France, cancel immigration, cancel the ius soli and withdraw the country from the integrated command of NATO: Eric Zemmour thus inflamed his fans at the Villepinte exhibition park, near Paris, in the first candidate rally in the presidential elections of 2022.

FLASH – #Villepinte : Several activists from #SOSRacisms were attacked by people during the #meeting d’Éric #Zemmour. Several injuries (light) are to be deplored. (Witness) #SeineSaintDenis pic.twitter.com/6UWdHzowKd

“There are 15,000 of you, you have defied politically correctness, the threats of the far left and the hatred of the media,” Zemmour said in front of a frenzied crowd.

“They said that I am a fascist, a racist, a misogynist”, but “how could I be these things, a little Berber Jew who arrived from the other side of the Mediterranean?”, He observed.

His party is called “Reconquest” and you pay a fee to join. “The stakes are enormous: if I win it will be the beginning of the reconquest of the most beautiful country in the world”, he then promised.

Shortly before the start of his speech, a dozen activists from the Sos Racisme association broke into the huge room and a violent brawl broke out in which chairs were also thrown.

A pro-Zemmour activist puts several violent punches to an anti-racist activist who came to demonstrate peacefully.

A woman was injured with a completely bloody face. Also this time the reactions on social media were very strong and in the afternoon about 2,200 people marched in the streets of Paris against Zemmour.

The candidate attacked before the rally

At the Villepinte exhibition park a man jumped on Eric Zemmour’s neck.

The incident occurred moments before the reporter and polemicist took the stage and began his first rallies as a candidate in the 2022 French presidential election. The man was immediately blocked by security officers and Zemmour continued.