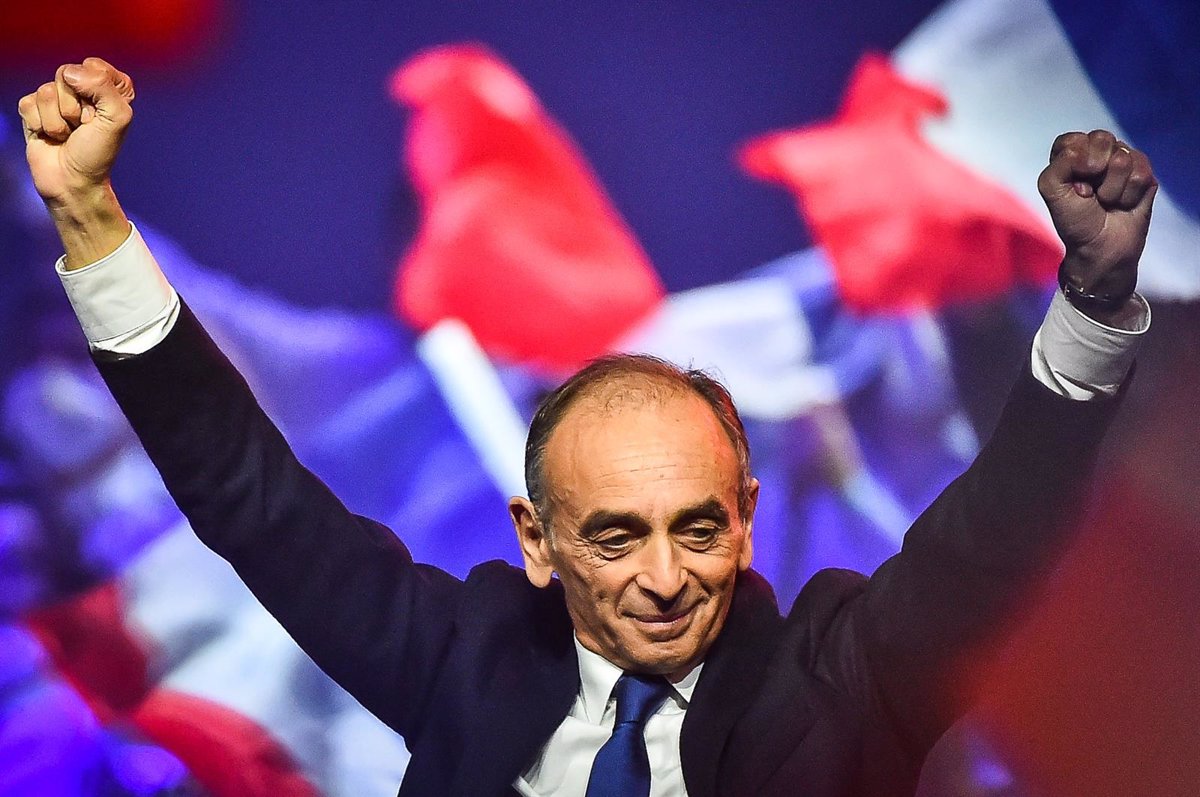 At the rally, he assured that he is not a fascist, a misogynist or a racist

The far-right Eric Zemmour launched his candidacy for the French presidential elections on April 10 and 24 this Sunday with an event on the outskirts of Paris marked by anti-fascist protests, arrests and violent incidents.

Up to 46 protesters have been detained at noon by the Police when they gathered in the vicinity of the Villepinte Exhibition Park, site of the event, where some 2,000 anti-fascist activists have gathered.

Later, several SOS Racism activists have been attacked when a dozen of them tried to break into the Zemmour rally. The activists stood with raised fists and displayed T-shirts with the slogan “No to racism”, but Zemmour supporters pounced on them. Chairs were thrown at them and several activists were knocked down and beaten with great violence.

“We are peaceful and staunch activists against racism. I thought we were in a democracy and that we could have said what we had to say without physical consequences,” said one of the protesters with a bloody face, quoted by ‘Le Parisien’.

SOS Racismo has reported five injuries, two of whom required medical attention. “This is what they did to our activists for the simple fact that they reminded us that racism has no place in our society,” the group posted on Twitter.

Shortly before the SOS Racismo incident, when Zemmour appeared on the scene, he was attacked by another of the assistants who put his hands on the politician’s neck and was immediately evicted by the security service. At the moment his intentions have not been clarified.

In addition, hundreds of other protesters have gathered in the Parisian district of Barbès to express their rejection of Zemmour at the summons of fifty unions, political parties and associations.

A political event was also held by the left-wing candidate Jean-Luc Mélenchon, who proclaimed that “France is not the extreme right!”.

“France is social security, it is public health, it is emancipation, it is school, it is research, it is sharing,” Mélenchon has argued from La Défense. The leader of La Francia Insoumise has called for “a show of force” in the face of the mobilization of the extreme right.

DENY TO BE FASCIST, MISOGINOUS AND RACIST

In particular, he has responded to the accusation of being a misogynist and stressed that during his childhood in Algeria he was surrounded by women “my mother, of course, but also my sisters, my grandmothers.” “The women of my childhood have forged my character even more than the men,” he has riveted.

Thus, he has claimed himself as a “defender” of women in the face of “Islamic civilization, so cruel to women”, while feminists “look the other way and speak to us of inclusive language.”

“Obviously I am not a racist,” Zemmour has continued, who on previous occasions has defended the Pétain regime, a collaborator with the Nazis, for “saving the Jews”, an extreme denied by historiography. “Racist is to believe that those who are different from us are inferior (…). How could I, a little Berber Jew who came from the other side of the Mediterranean, think that?”

“All we want is to defend our heritage, defend our country, our homeland (…). France has returned,” he proclaimed.

Zemmour has already been firmly condemned for incitement to hatred during his time as a socialite and has described in articles women as a “spoil” of the successful man. In addition, Zemmour is accused of several sexual assaults, although no formal complaint has been filed in this regard.