War on the doorstep? Russia is advancing military forces toward the Ukrainian border 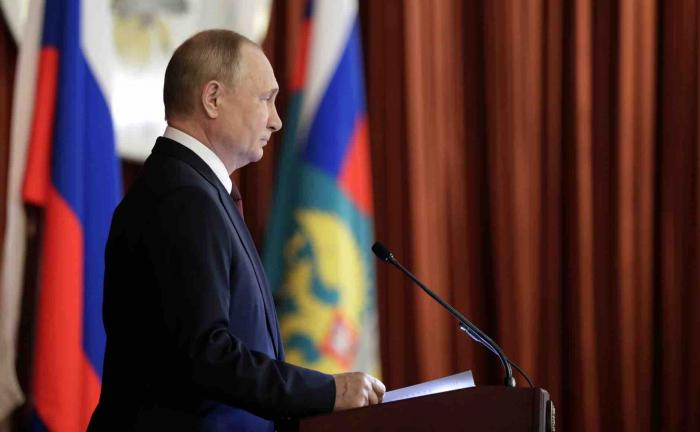 It is not yet clear where Putin will take the concentration of military forces around Ukraine. The United States and Europe warn the Kremlin of military action. Russia, for its part, is proposing an agreement that would limit NATO’s expansion to the east

The Russian army has begun concentrating military forces and advanced weapons systems near the border with Ukraine in the past month, including advanced cruise missiles, infantry and armored units, fighter jets, helicopters and more.

According to various estimates, Russia has concentrated about one hundred thousand troops on the borders of Ukraine. In recent weeks, Russian forces have carried out military exercises and maneuvers, as observed by NATO and Ukrainian forces in advancing readiness to invade Ukraine.

In the last military campaign between the two countries, Russia invaded Ukraine in 2014, took over the island of Crimea and established a large military base there. Through the mediation of France and Germany, an agreement was signed between Russia and Ukraine in 2015 for the granting of autonomy to territory in Ukraine held by pro-Russian separatists, the holding of local elections in the region and the withdrawal of foreign forces. But the government of Ukrainian President Vladimir Zelensky refused to move forward with the implementation of the agreement.

Ukraine’s refusal to comply with the details of the peace agreement has led Moscow, according to the Russians, to advance its forces into the region and threaten to invade Ukraine. Ukrainian Foreign Minister Dmitry Kolba has called on NATO and the United States to step up military assistance to the country, and sought sanctions against Russia, which would prevent it from launching a military campaign against Ukraine.

Ukraine aspires to be a member of the NATO alliance, but for Russia this step is unbearable. , Followed others with concern, and warned Russia not to launch a military campaign against Ukraine.

In recent days, the Ukrainian president has called on Putin to sit down for negotiations and resolve the conflict without a military campaign. In response, Putin stated last weekend that negotiations could only take place if NATO withdrew its forces from the region, and ceased its threats to Russia.