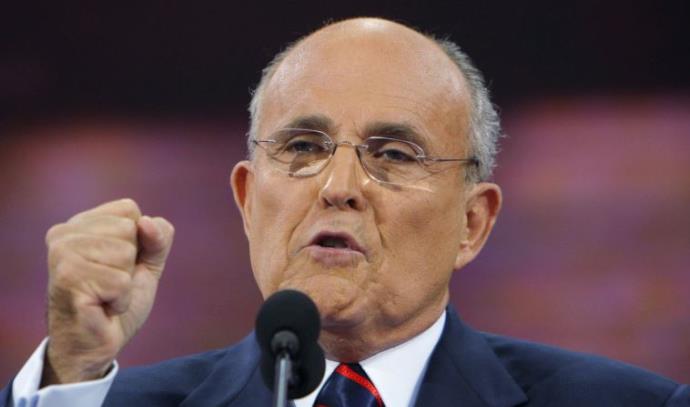 “We hold that there is well-founded evidence that the respondent (Giuliani) presented false and misleading statements to courts, legislators and the general public in his role as attorney for former President Trump and the Trump campaign in the context of Trump’s failure in the 2020 election.”

“These false statements were made to bolster the respondent’s narrative in relation to widespread voter fraud, theft of victory from his client in the 2020 presidential election,” the judges continued. “We hold that the conduct of the respondent immediately threatened the public interest and justifies a temporary suspension from the practice of law.”

Giuliani at the entrance to the court (Photo: REUTERS / Andrew Kelly)

The judges cited in their ruling a series of cases in which Giuliani made unfounded allegations of fraud in various U.S. states. They also accused Giuliani’s conduct of “directly igniting the tensions that bubbled up until the events of Jan. 6 in the capital.” Giuliani, who was a district attorney in New York and became famous when he led the trials against organized crime in the city before he was elected mayor, will not be able to practice law in New York State, at least until the final decision on disciplinary action against him.

Commentators, however, estimated that the former mayor would no longer be able to practice the profession in light of the severity of the ruling. In response to the decision, Giuliani said the ruling was “ridiculous.” “How can they say I lied at the hearing,” he said defiantly. “They will not ask me.” Giuliani’s lawyers accused the court of making the decision even before the hearing, adding that “it is unprecedented because we believe our client does not pose a danger to the public interest.”