Tomorrow the meeting between Biden and Putin, focus on Ukraine 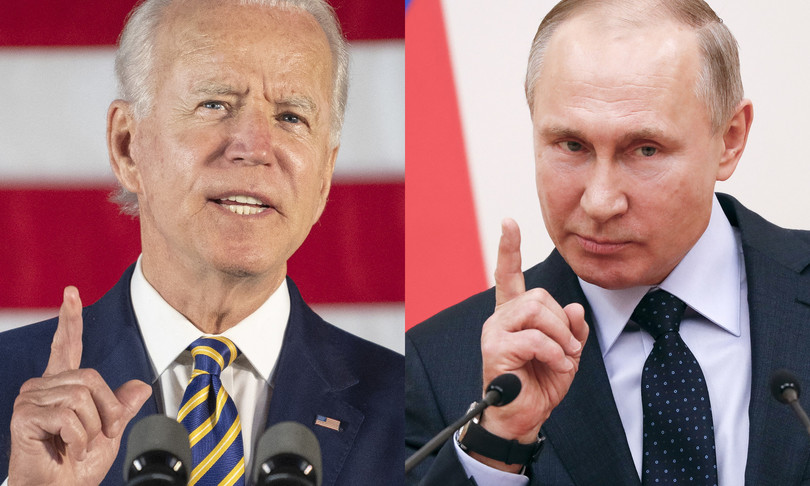 – Ukraine, with American reports of an imminent invasion by Moscow, will be the crucial theme of the video call, set for tomorrow (at 4 pm Italian time) between presidents Vladimir Putin and Joe Biden. At a time when Russia is amassing troops on the Ukrainian border – explaining that it is its sovereign right to move soldiers into its territory – the possibility of an invasion is hotly debated among experts.

Some believe that the threat serves above all to the Russian president as a means of pressure, to get a new face-to-face with Biden and to obtain guarantees that Ukraine will not join NATO. The two leaders have a long list of further points of disagreement, which have accumulated in recent months and range from the treatment of Russian opponents, to hacker attacks to the mutual accusation of meddling in their respective electoral processes.

But it is the scale of Moscow’s troop movements – which would prepare to launch an offensive in early 2022 involving up to 175,000 men, according to revelations from the Washington Post – that most alarmed Washington and its European allies (which according to the Financial Times the US would have convinced of the real threat). “Biden will highlight concerns about Russian military activities at the border and reiterate support for Kiev,” said White House spokesperson Jen Psaki, according to whom the meeting will also address regional, strategic stability and cyber security issues. “.

Bilateral relations will also be discussed – whose level the Kremlin called “rather deplorable” – and the application of the agreements reached in Geneva, this summer, in the only meeting so far between the two leaders in presence. “We believe it will be a long and substantial videoconference,” said Putin’s spokesman, Dmitri Peskov. Putin will insist on what is already being requested in Geneva, namely “legal and binding security guarantees” that NATO will not expand further east. A red line that the Kremlin has repeatedly warned it would not tolerate. Kiev, for its part, categorically refuses to abandon the project to join the Atlantic Alliance: if it were a member of NATO, the allies, the United States in the lead, would be required to intervene militarily to defend it in the event of aggression.

Biden has already replied that he “does not accept red lines” from Moscow and he anticipated that he is preparing “a series of measures” to defend Ukraine in the event of a military attack. There are no details about it, but Washington would have discussed with European partners the possibility of imposing new sanctions against Moscow. For his part, Pentagon chief Lloyd Austin assured that the US is committed to providing Ukraine with what it needs to protect its territory. The two presidents “should agree on the application of the Minsk agreements, it is the only way” to resolve the Ukrainian crisis, according to the director of the Carnegie Center in Moscow, Dmitri Trenin.

“The Ukrainian president, Volodymyr Zelensky, is not an accepted interlocutor in Moscow and Germany and France are no longer considered by the Kremlin to be able to press on Kiev to respect the agreements”. “Tomorrow’s talks may pave the way for dialogue, but” we must not expect too much, “commented one of the most respected Russian analysts, Fyodor Lukyanov. So far the only progress in relations between the two countries has been made on strategic stability and the climate.

“No concrete results will come tomorrow,” he added, guaranteeing that even in the event of failure, however, no hostility will begin. “This is a hysteria fueled by the West”, Lukyanov explained, “wars break out unexpectedly and if it starts, it will do so in a different way”.