Jeff Bezos will fly into space in his New Shepard shuttle 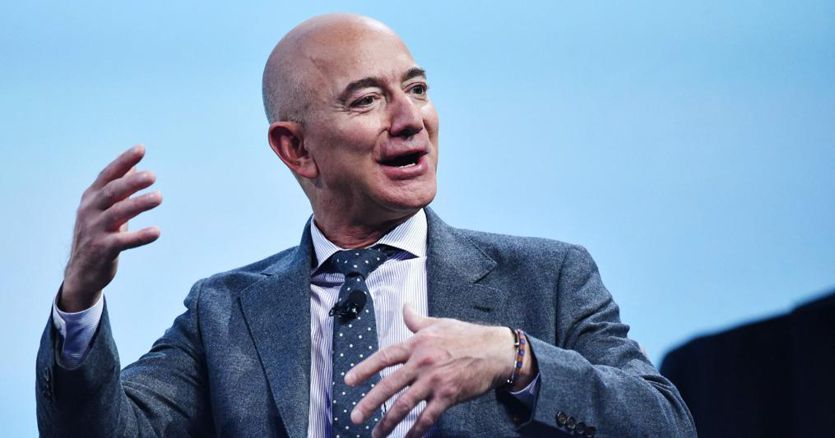 Jeff Bezos will be the first multi-billionaire to go to space, or almost, next July 20, together with his brother Marc and another person, still not identified, who will have won the auction for third place, currently at the handsome figure of 2. , 8 million, always dollars. We will know the name on June 13, since the auction ends on the 12th and with these three 3, between engineers and pilot, of the space company will travel.

Like all billionaires who respect themselves Bezos, the flight will do so with his personal space company, Blue Origin, which has now extensively tested the New Shepard shuttle. In fact, with this journey the era of space tourism also begins on the same day as the moon landing, 52 years ago. It was in the air and many were wondering, a month ago when we too wrote about it, who would use the three free seats in the space shuttle when the first human and tourist flight of the company was announced, after numerous tests. Let’s say right away that Bezos, in his style that knows a bit of understatement, exactly contrary to the volcanic Elon Musk, will not go to the Moon or around the Earth or anything else, but much more simply it will take off vertically, it will reach 100 kilometers from the ground, where by convention, the actual space begins, and then off, in free fall with only the spacecraft like the apple that fell on Newton’s head in the legend. In the last few kilometers the New Shepard will be held back by powerful parachutes.

The beauty is that during the descent, for half an hour, the 6 passengers, once untied from their comfortable berths-seats, will experience an apparent absence of gravity and will be able to circle in the cabin like the astronauts of the International Space Station. Except for disturbances due to the vestibular system that oversees balance and orientation, it will indeed be a wonderful experience.

On Twitter, the patron of Amazon candidly stated that he has been dreaming of this moment since he was a five-year-old child, and it is to be believed that it is a recurring dream if today, having reached middle age, he undertakes a journey like this, which we wish the best of luck. In fact, if it is only 100 kilometers in a very safe spacecraft, there is always a booster rocket involved, which is basically a large tube full of fuel to run the engines that give the thrust, and they have to give a lot of it too. only to get to just 100 kilometers high.

Jeff Bezos, the richest man in the world, credited with over $ 180 billion in assets even after the disastrous, financially, divorce from his wife last year, which made his ex-spouse one of the richest women in America, is he has also just become former CEO of the company he built in just 30 years, and has stepped aside. Starting as a successful book retailer, in the classic garage of American Silicon Valley legends, all true, however, he has set up an empire that goes far beyond the online sale of all kinds of goods and extends into fields where the real is Amazon’s profit, such as scalable server rentals and the cloud. And now also space travel, which also includes the Moon in the future.