Testimony against Epstein: “Had to have sex three times …” 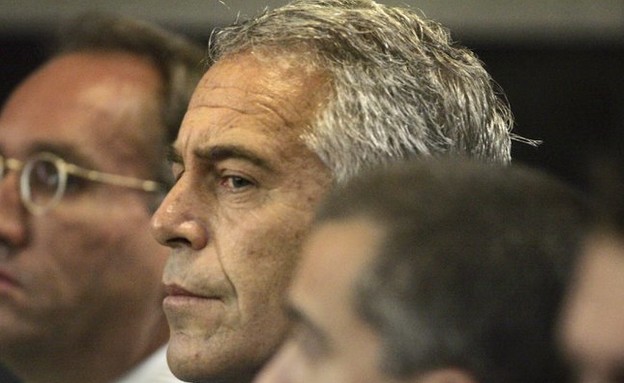 A complainant who accused Jeffrey Epstein of sexual abuse testified last night (Monday) that Galein Maxwell, the crime partner of the billionaire trafficker, scheduled their meetings and often talked about sexual issues, including Epstein’s needs. In court, the complainant stated: “She said he should have sex about three times a day.”The woman, who testified under the pseudonym Kate, opened the second week in federal court with revelations against Maxwell on charges of trafficking minors for sexual purposes. Kate is not considered a minor victim in the charges because she was over the age of consent at the time of the alleged abuse, but jurors at the trial still heard her testimony with the approval of Judge Allison Nathan.

Kate testified that she first met Gillien when she was 17 through her older boyfriend while traveling in Paris. Maxwell invited her for tea at her home in London a few weeks later and told Kate about her philanthropic boyfriend Epstein. According to her, Maxwell announced to her that he could help Kate with the music career she wanted to develop. “I realized her job was to take care of Jeffrey’s needs,” Kate continued. “I left there feeling excited, like someone wanted me.”

Maxwell then invited Kate again – this time to meet Epstein. She said she received the invitation with a sense of “urgency.” At the meeting Maxwell asked her to give Epstein’s foot a “small click to show him how strong she is,” Kate testified. He let her massage her foot and led her to massage his shoulders as well.

Maxwell called Kate a few weeks later and asked her if she could do her a “favor” and give Epstein another massage with her “strong hands” – even though she had no experience in massage therapy. Maxwell led Kate to her home in the heart of the city, to a bedroom where Epstein stood in a robe. He gave Kate massage oil and closed the door behind her. Kate testified at this point that Jeffrey undressed and initiated a sexual act with her. Shortly after the incident Maxwell called her and admitted to her that it was difficult to keep up with his needs. Kate noted: “She said – ‘I’m so glad you’re here, you did a good job last time.’ Epstein wanted me back. ‘

By the third meeting of the two Epstein was already standing completely naked. Maxwell brought her to the same room and closed the door. “Have fun,” Kate recalled what Maxwell said just before she left the room. Maxwell’s trial, which began last week, ranges from shocking testimonies of victims in their teens to evidence of Epstein’s connections with figures like former presidents Donald Trump and Bill Clinton and Prince Andrew. So far it has not been alleged that any of them committed any wrongdoing.

In her testimony yesterday, Kate testified that she traveled to Epstein’s properties at his own expense and visited New York, Palm Beach, Florida and the Virgin Islands several times. Maxwell is the one who said she took care of the travel arrangements. During a visit to a daycare center in Palm Beach when she was 18, she allegedly left on her bed an “schoolgirl” outfit – a pleated skirt, with underwear and white socks, and a shirt. When asked by Maxwell what it was for, the latter replied: “I thought you would have fun taking Jeffrey’s tea in this outfit.” Kate admitted in court: “I did not know how to say no. I thought I would have to leave if I refused.”

Epstein himself was prosecuted for sex trafficking in July 2019, but committed suicide in a prison cell about a month later. Maxwell, Epstein’s secret wife, was arrested about a year later. In the opening statements of the trial against Maxwell, who is accused of trafficking minors for sexual purposes, prosecutors said Maxwell and Epstein created a “pyramid of abuse” to lure underage girls into sexual relations with Epstein. Her defense team claimed she was hell-bent on Epstein’s brutal actions, and attacked the motive of the women alleging sexual abuse.