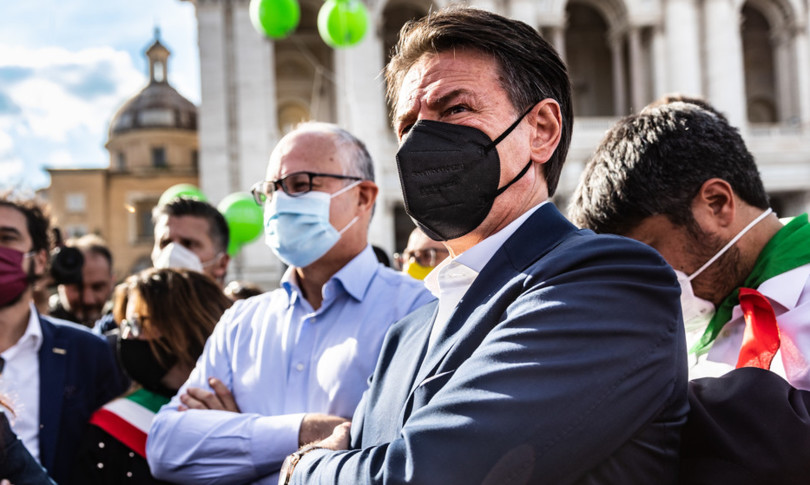 – The clash arises over the seat in the Chamber where Roberto Gualtieri, now mayor of Rome, was elected. A week ago the new pressing of the Democratic Party on Giuseppe Conte to accept the candidacy.

The former Prime Minister more than a month ago had already rejected the hypothesis, then in the last few days he evaluated the possibility of accepting and on Monday evening he definitively declined the offer.

the supplementary elections for the Rome 1 college will be held on January 16 but the expected participation is considered in the low red-yellow front, even if it is precisely among the dems that the ‘Conte track’ was validated in recent days: the candidacy of the M5s president would have served to cement the axis between the Democratic Party and the Movement 5 stars in view of the Quirinale and to strengthen the leadership of the Apulian lawyer in M5s. Now, as an alternative, a woman’s name is mentioned: Cecilia D’Elia or Annamaria Furlan.

If Conte had said yes to the candidacy he would have found himself challenging Carlo Calenda. For the Action leader, the PD’s choice to turn to Conte is political. For this reason he had explained that he would not have a second to register for the race. “The 5s have devastated Rome, paralyzing it for five years and mortifying it in every way. It does not exist, but it really does not exist, to give it a boarding school where they have wreaked havoc”, the former Minister of Development cut short.

“The common goal should be to create an alternative to the right. His goal to date, in common with Italia Viva, seems to be to make a useless war on Giuseppe Conte. Salvini and Meloni toast”, he replied. the Undersecretary of the Interior of M5s, Carlo Sibilia. Matteo Renzi was also on the barricades. “If the Pd candidates Conte, we will find the reformist candidacy in any case but it will not be Giuseppe Conte”, the leader of IV had made it known, who does not rule out betting on Marco Bentivogli, former secretary general of the Italian Metalworkers Federation from 2014 to 2020 Or, possibly, on the Calenda itself

The dispute over Rome is likely to have repercussions also on the Colle vote. Because it disrupts the front of the center-left with IV and Action taking their distance, while a part of the Democratic Party believes that it is a mistake to focus on Conte and suspects that a possible candidacy of the former premier is a signal of an acceleration of the structural alliance in sight of a possible early vote, should the current Prime Minister Draghi ‘move’ to the Colle.

But at this stage Letta does not intend to talk about the election of the President of the Republic, the invitation is to focus on the budget law whose process is slowed down precisely by the fibrillation between the parties of the majority.

Meanwhile, in the center-right, former premier Berlusconi, despite not being an official candidate, believes he has what it takes to succeed Sergio Mattarella. And he asks for a test of unity from his allies, with the fear that the votes may fail right in the center-right front. The Knight continues to wink at the pentastellati. “The vote for the Five Star Movement, from which we are very far away, was born – he explains today in an interview – from reasons that are anything but ignoble or unreasonable. Forza Italia was born “.

Fratelli d’Italia asks that the coalition present itself to the appointment of the vote on the Hill in a unitary way and to find an agreement also on a ‘plan B’. If Draghi does not belong to the game and the Knight does not have the numbers, the goal is to converge on a shared figure first in the alliance, without the logic of majority and opposition.

There are several names in the center-right, from Pier Ferdinando Casini to Giulio Tremonti, from Marcello Pera to Maria Elisabetta Casellati and Letizia Moratti.

If, on the other hand, the prospect is to focus on Draghi then Fdi would push even more decisively for the early voting, already in the summer. “The Cartabia government or Franco? Well if to lead the country to the vote”, Riccardo Molinari, the leader of the Lega group in the Chamber, said today in an interview. Even the blue coordinator Antonio Tajani opened the polls if Mattarella’s replacement should be the premier, but in Forza Italia many hold back on the vote. The party of ‘no to early elections’, in reality, finds support in all parliamentary groups.