Biden and Putin: the American president breaks the ice, “happy to see you again” 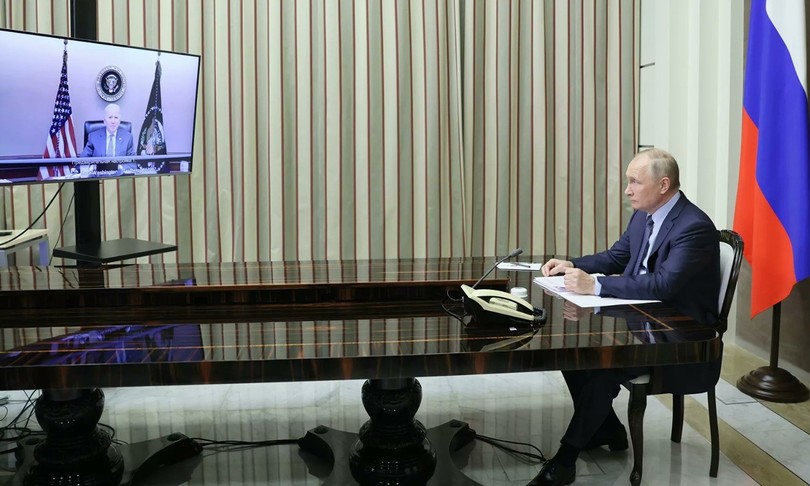 The virtual summit between the Russian president, Vladimir Putin and his US counterpart, Joe Biden. It is Ukraine, with American reports of an imminent invasion by Moscow, the crucial theme of the video call. The two “venues” of the meeting are the ‘Situation Room’ of the White House and the president’s residence in Sochi.

The Kremlin released a photo of the summit. The image shows, on the right, Putin at the head of a long table with the Russian flag behind him and in front of him, at a distance of about two meters, in the upper left sector of the photograph, a screen where Biden appears in connection from Washington.

The exchange of pleasantries

Biden, told his Russian counterpart, he was happy to see him again. “Happy to see you again,” Biden said with a smile at the start of the videoconference talks, as Ria Novosti reports. “Last time we didn’t get to see each other at the G20, I hope next time we’ll meet in person,” he added. “Good evening Mr. President” was Putin’s greeting.

The question of Ukraine

At a time when Russia is amassing troops on the Ukrainian border – explaining that it is its sovereign right to move soldiers into its territory – the possibility of an invasion is hotly debated among experts. Some believe that the threat serves above all to the Russian president as a means of pressure, to get a new face-to-face with Biden and to obtain guarantees that Ukraine will not join NATO.

In light of the “tensions between Russia and Ukraine”, the leaders of Germany, the United States, France, Italy and the United Kingdom “expressed their determination to respect the sovereignty of “Ukraine”, stresses the French presidency. The five leaders, the statement added, “have expressed their commitment to act to maintain peace and security in Europe”.