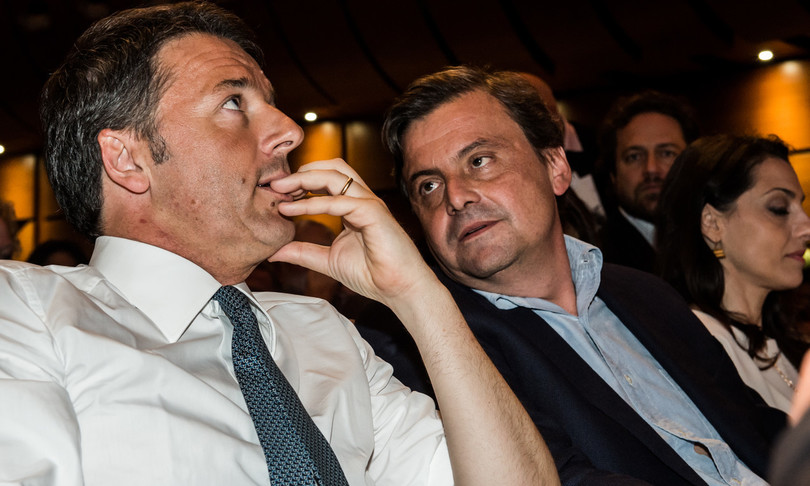 – A convulsive day in the center-left. The chaos is unleashed by the seat in the Chamber left empty by Roberto Gualtieri after his election as mayor of Rome.

The Democratic Party chooses to offer the candidacy to the leader of the 5-star Movement, Giuseppe Conte, for that position – it will be voted on January 16 -, arousing the harsh reaction of Matteo Renzi and Carlo Calenda.

The leader of IV informs Enrico Letta that his party will never support the former prime minister. The Action leader makes it clear that if the candidate will be Conte then he will take the field himself, in the first person, because “the 5 stars must disappear politically, especially from Rome where they have caused disasters”.

In the late afternoon (after having leaked from his staff that a reflection was underway and that there were doubts) it is Conte himself who puts an end to the controversy: “I thank the Democratic Party and Letta for their availability and loyalty in proposal, but after a new supplement of reflection I realized that at this stage I still have a lot to do for the Movement. It is not possible for me to dedicate myself to anything else “.

A ‘no thanks’ which somehow confirms, referring to the ‘supplement for reflection’ that he had thought about it and, as the center-left parliamentary sources claim, that he had even initially assumed to accept the offer.

As for the denial, Conte guarantees that it has nothing to do with the ‘niet’ pronounced by Renzi and Calenda (who is keen to remember that in central Rome, in college 1, Action collected 32% from the municipalities), liquidating the their words with a “they want to advertise on my shoulders. Find another foothold, thank you”.

a chaos that is also reflected among the dem, where not everyone welcomed the news of Conte’s candidacy for the supplementary. Although the coordinator of the Pd mayors, Matteo Ricci, observes: “But when will we have to apply for the single-member constituencies, how will we do it? And why could the Pd not nominate the former prime minister we supported? If the electoral law does not change? there is no alternative to the progressive and reformist broad front. Either united or we lose “.

Same argument made by the group leader Debora Serracchiani: “I believe that in politics there should be neither prejudices nor vetoes, especially when trying to build a wide field project”.

The first a to stop Conte’s candidacy is Renzi which warns: “If the Pd puts forward a reformist candidacy in the Rome 1 college, we are there. If the Pd candidates Conte, we will find the reformist candidacy in any case but it will not be Giuseppe Conte. Because the Pd can do what he believes, but giving the safe seat (at that point perhaps no longer secure?) to the prime minister of sovereignty, to the man who signed the Salvini decrees, to the lawyer who saw no difference between justicialism and guarantee would mean total subordination “.

To then reveal: “Three weeks ago I called Letta and told him ‘let’s not do one thing at the last minute that then everyone goes alone, let’s decide together’. And Letta said to me ‘absolutely yes’, but then I didn’t. Then some names came out, I called him back and said ‘let’s talk’ but then again I didn’t hear him again until the name of Conte came out. And then I publicly repeat to Letta: before combining another slaughterhouse can we make a 5-minute phone call? Maybe it can be useful for the entire center-left camp “, concludes Calenda.

The idea of ​​the candidacy for Conte instead liked Leu: “It would be a useful and important step”, explains Lorendana De Petris, because “it would significantly strengthen the construction of that political coalition with a common project that we are giving life to”.

In the center-right – where the name to be nominated has not yet been fully understood – they comment: “Conte? The blue fear. He thought he would win easy but then he gave himself up in front of Calenda”, says the blue Francesco Giro. That the fear of a defeat could be at the basis of Conte’s denial, they also say half-heartedly in the center-left. Just as there are those who argue that Letta’s move was linked not only in view of the ‘wide field’, but even more in view of the ‘match for the Quirinale’, one way – is the reasoning that is made in the same rows former Giallorossi – to lock down the votes of the center left.

“This need to control the parliamentarians does not touch me”, says Conte, who assures: “I will demonstrate that the 5-star Movement will be the most compact political force”. In short, concludes the former premier, in a press conference convened to illustrate the proposal concerning the political committees of the Movement, “I do not think at all that my presence in Parliament is necessary”, being outside the building “will not prevent me from being hero”.