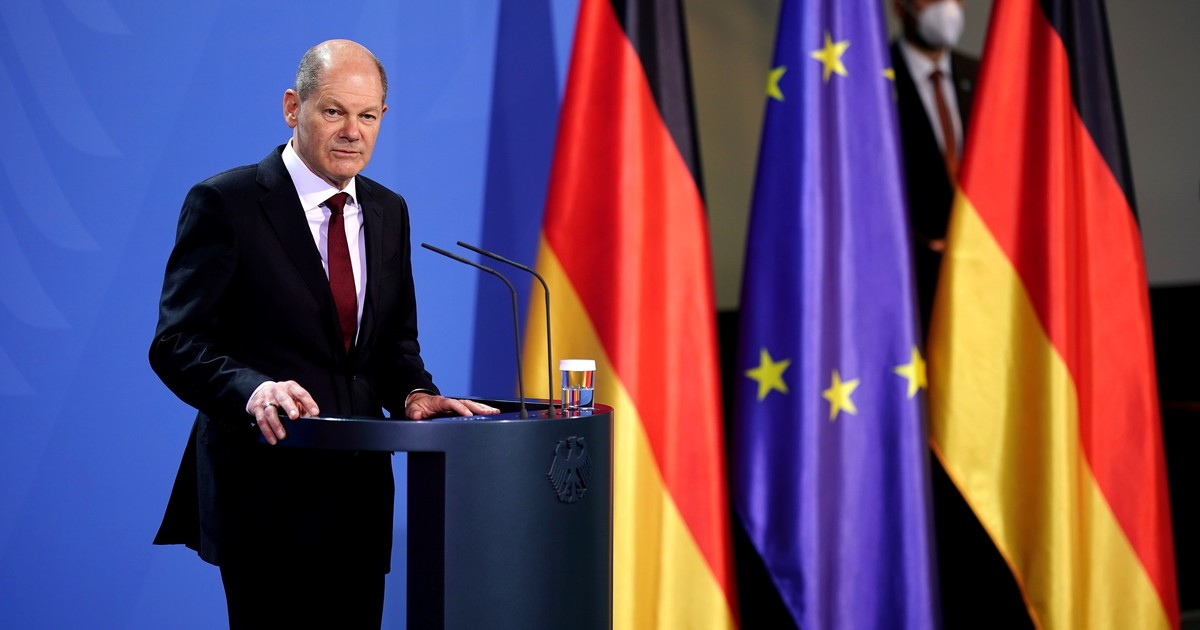 Angela Merkel officially left the head of the German government on Wednesday shortly before noon in Europe. The official transfer of powers, after the vote that made the head of the new executive to the Social Democrat Olaf Scholz, was the last step in the German change after 16 years of the Christian Democratic leader, who said goodbye on Tuesday with a standing ovation from the entire arc parliamentarian, except for the extreme right.

Olaf Scholz took office this Wednesday and with him comes a tripartite government made up of seven social democratic members, five environmentalists and four liberals.

A delicate balance with a government plan of almost 200 pages and the commitment to work together for four years. When all analysts anticipated that February or March could be reached by negotiating the new coalition, it only took two and a half months.

Scholz, 63, already serving as Merkel’s finance minister in the coalition between Conservatives and Social Democrats, the man they say is boring, affable and ambitious, is preparing to take a turn to the Germany of the last three decades.

From austerity to large investments

Germany, a giant with feet of clay according to many economists for the lack of reform and investment ambition of the Merkel years, focused on austerity and reducing public debt, is facing an investment shock.

Scholz arrives with an extensive infrastructure spending program and in digital and ecological transition.

The new government will be responsible for shutting down what remains of nuclear power and ending coal as an energy source by expanding renewables, for which it will have to invest tens of billions of euros a year. The rise in the minimum wage is part of the promise of reduce inequalities.

Nadia Calviño, Spanish Vice President, Minister of Economy and who has had close professional treatment with Scholz for years in the Eurogroup, explained to Clarion that German is “a leader with a close, friendly and respectful style, who always listens and tries to understand and help others. He is very hard-working and committed to finding solutions in a pro-European and socialist key, thinking first of people ”.

Calviño considers that Scholz “has played a fundamental role in the response to the COVID crisis. During long nights of negotiations he showed enormous patience and also has an ironic and intelligent sense of humor ”.

The Parliament of Germany, this Wednesday, during the swearing-in of the new government. Photo: BLOOMBERG

Scholz is the ninth head of government of democratic Germany since World War II. His coalition is supported in the Bundestag by 206 Social Democratic deputies, 118 environmentalists and 92 Liberals.

In addition to Scholz, the new government will have eight ministers and eight ministers. Women take on some of the biggest portfolios. The environmentalist Annalena Baerbock, 40, the youngest of a government with fewer young faces than neighboring governments, will be the new Minister of Foreign Affairs and first woman in history to lead German diplomacy.

The Social Democrats Christine Lambrecht and Nancy Faeser take over as Defense and Interior Ministers. The latter said on Tuesday that the greatest threat to German and European democracy is the extreme political right.

Two men will have a lot to say with Scholz. The liberal leader Christian Lindner as Minister of Finance and the ecologist Robert Habeck, who assumes a macro-portfolio of Economy and Climate and who will be number two in the government.

Lindner will be the guardian of budget orthodoxy while Habeck is the one who will have to launch the big reform investments. A large part of the success of the new government will be played on the cooperation or clash between two men.

The challenge of the pandemic

One of Scholz’s first challenges will be dealing with the worst wave of the coronavirus pandemic in Germany. For the first time since March 2020, the German hospital system is under pressure and the country has an average of 500 deaths a day in recent days.

Scholz wants the Bundestag to vote as soon as possible on a law that would allow it to impose compulsory vaccination from the beginning of the year in a country where the vaccination rate for adults has not yet reached 70%.

His Minister of Health will be the mediatic epidemiologist Karl Lauterbach. At 58, the doctor, known from radio and television studios, hyperactive on Twitter, is a supporter of tough measures against the pandemic and to vaccinate the entire country as soon as possible.

German diplomacy begins with marked steps. The first trip, as is tradition, will be to Paris, where this Friday Scholz will meet President Emmanuel Macron. He will then visit the headquarters of the institutions of the European Union and NATO in Brussels.

Germany will continue to look east because despite the tensions between Russia and Ukraine it is a tradition to maintain the best possible relations with Moscow. And she will continue to be a critical Atlanticist, who understands the relationship with Washington essential but does not intend to follow the United States in every adventure.

If two decades ago he refused to participate in the second Gulf War against Saddam Hussein’s Iraq, now he understands that the relationship with China should be the one between two trading partners despite political differences and not the rivalry that promotes the Joe Biden Administration.

The Chinese president, according to agency cables, said: “China is prepared to consolidate and deepen political mutual trust, expand exchanges and cooperation on various issues with Germany.”

The investment protection agreement negotiated between the European Union and China in the interest mainly of Germany keeps the dream of the just because the European Parliament refuses to ratify it.

Kremlin spokesman Dimitri Peskov said Wednesday that Moscow expects “continuity and constructive relations to be established between the president (Vladimir Putin) and the new chancellor (in Germany the head of government is called ‘chancellor’).

Scholz will be conditioned by environmentalists, who with Baerbock at the forefront of German diplomacy will try to carry out a foreign policy with more emphasis on human rights.