Austria to impose fines of more than $ 4,000 for those over 14 who do not get vaccinated against COVID 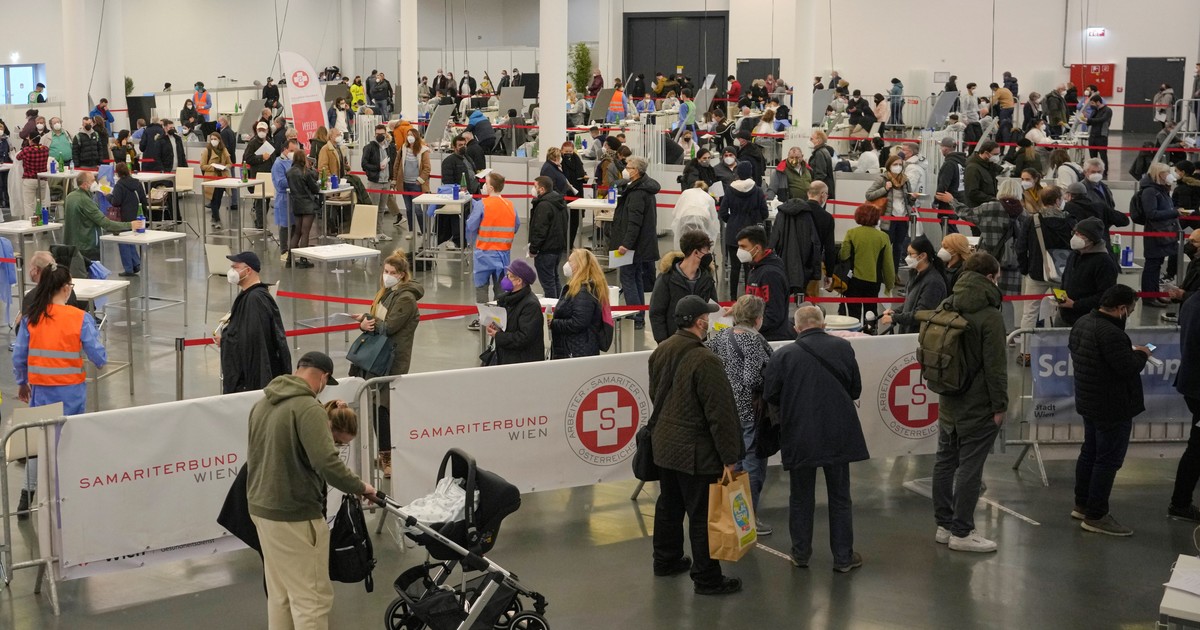 Those over 14 years of age residing in Austria will be obliged from next February to get vaccinated against COVID-19, with fines of up to 3,600 euros (about $ 4,070) for those who do not do so, the Austrian government reported in Vienna on Thursday.

The Executive Power, conservative and environmentalist line, justified this measure as the only option to protect society and avoid continuous confinement against the pandemic.

Health Minister Wolfgang Mückstein explained that once the four-week legal review period has passed, the plan is to debate and pass the law in Parliament. to go into effect at the beginning of February.

Every three months vaccination appointments will be established to which all unvaccinated citizens will be summoned.

If they refuse, a process will start that can end with a penalty of up to 3,600 euros, although the amount will be adjusted to the income level of the affected person.

The minister acknowledged that when he took office last April he did not think it would be necessary to impose mandatory vaccination because there would be enough people who would decide to be immunized.

However, the current complete vaccination rate – less than 68% of the population – “is not sufficient” to protect society against COVID-19, added the minister.

Of the obligation pregnant women will be exemptAlthough the minister recommended that they be vaccinated, and those who cannot do it for health reasons, after certification by a doctor.

The vaccination rate against COVID in Austria is less than 68% of the population. Photo: AP

In this regard, the minister warned that physicians who issue false certificates may also be penalized with up to 3,600 euros.

In principle, the law will be in force until January 2024.

“You cannot go from confinement to confinement. We need the solidarity of the whole world to be able to face this enormous challenge,” declared the minister for the Constitution, the conservative Karoline Edtstadler.

Clashes over the measure

Mückstein assured that this measure is “the last resort” and something that no one wanted to have to apply but also “the only way” to ensure the freedom that those who oppose the vaccine claim, precisely.

The measure also has the support of the social democratic and liberal opposition, and the opposition of the ultranationalists of the FPÖ.

The four parties that support this law have 151 of the 183 seats in Parliament.

The FPÖ, for its part, denounces the measure as dictatorial. This training has come to recommend the use of horse deworming products or ibuprofen as effective remedies against COVID-19.

The details of the mandatory vaccination law against COVID-19 are announced in the final stretch of the current lockdown that will end next Saturday at midnight.

Austria was one of the European countries in November most affected by the pandemic, with an incidence in seven days greater than 1,000 cases per 100,000 inhabitants.

Now, within days of reopening non-essential activities, including hotels and restaurants in some regions, the incidence is found in 482 cases.