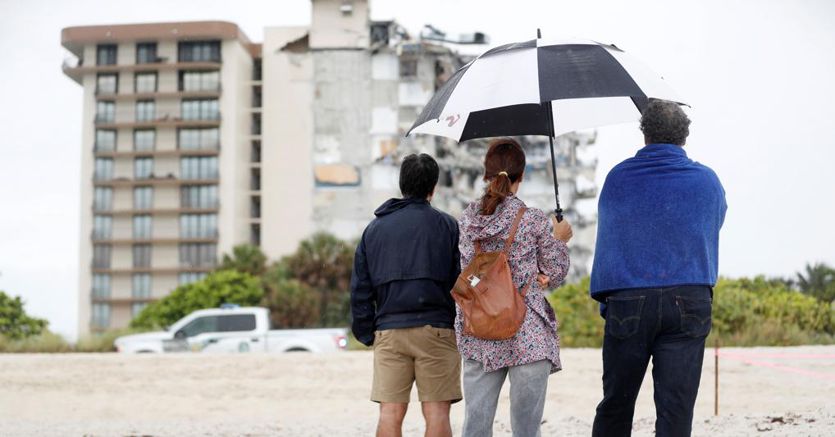 The death toll of the collapsed condominium in Surfside, a town north of Miami Beach, which so far has caused 3 victims and 99 missing, could be very serious, according to the ‘Abc News’ station, citing a local official. Another 10 people were subjected to medical treatment at the scene of the accident by rescuers. It is feared that many of the condominium’s occupants are still trapped under the rubble.

“I talked to the mayor” and the authorities. This was stated by president Joe Biden when answering those who asked him if he was following the accident in Miami, where a building collapsed.

It was two in the morning in Miami, between 88th Street and Collins Avenue, when the 12-story building collapsed. This is not an ordinary condominium: it is part of the Champlain Towers, built in 1981 with views of the Atlantic Ocean and more than 100 apartments that have prices between 600 and 700 thousand dollars, according to the Miami Herald.

Over 80 units of the technical rescue team are busy securing what was left of the condominium and the Miami police immediately blocked the streets near the building. Meanwhile, photos and videos of the scene have shown how the collapse affected half of the building, or the rear side where 55 units were located. Of that half, only debris remains, which has covered the surrounding cars with a layer of dust that has reached two blocks away.

Among the 51 missing are 20 Israeli citizens

There are 20 Israeli citizens among the 51 missing from the collapsed building in Miami. This was announced by the Tel Aviv Foreign Ministry, as reported by the Times of Israel, which highlights how a large Jewish community lives in Surfside, where the collapse occurred. Paraguay reported that the first lady’s sister and her family are among the 51 missing in the collapse of the 12-story building in Surfside, near Miami. The woman lives with her husband and three children on the tenth floor of the building. In all, there are at least 18 citizens of three Latin American countries among the 51 missing: this was announced by the local consulates of Argentina, Paraguay and Uruguay.