The conversation between Biden and Ukrainian President Zelensky 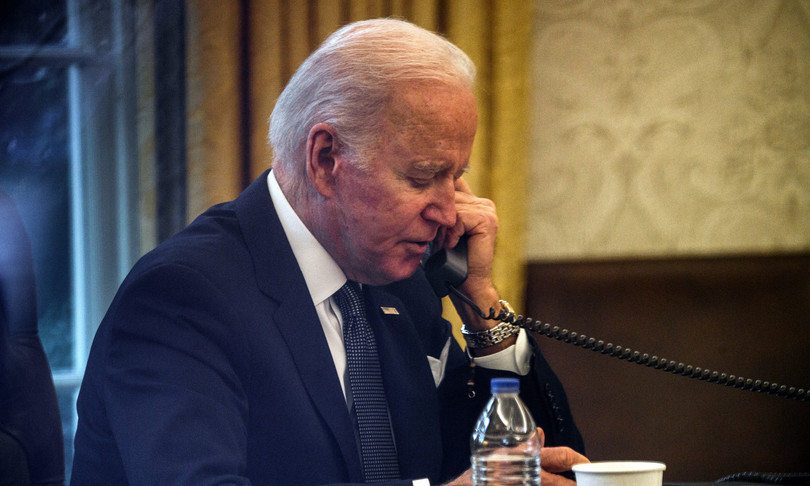 – The phone call between the president of the United States, Joe Biden, and the Ukrainian president, Volodymyr Zelensky lasted an hour and a quarter, to whom the tenant of the White House reiterated his support for the sovereignty of Kiev and his concern for the movements of Russian troops on the border. This was announced by the spokesman of the White House, Jen Psaki.

The tenant of the Caasa Bianca reported to his counterpart on the outcome of last Wednesday’s meeting with the Russian president, Vladimir Putin. According to rumors reported by the Associated Press, Biden may have tried to persuade Zelensky to sell part of the Donbass areas already in the hands of pro-Russian separatists.

Zelensky praised Biden for his “steadfast, firm and strong support for the sovereignty and territorial integrity” of his country and “reaffirmed his unwavering commitment to finding ways to achieve peace”.

President Biden, today, also participated in the “Summit for Democracy”, organized by the White House and which sees the participation of more than eighty countries, but not China, Russia, Hungary and Turkey, which have not been invited. Taiwan, accused by Beijing of “secessionism”, is instead present. The United States proposes itself as “leader by example” and guides in a world in which democracy appears in “recession” while authoritarianism is on the rise. This is the message launched by the president.

“Democracy – said Biden in his introductory speech, quoting the words of the leader of civil rights, Democratic Senator John Lewis, who passed away a year ago – it is not an acquired condition, but to be conquered every day. It is the challenge of our time“. According to research by the International Institute for Democracy, the global number of democracies in the world has dropped from 104 to 98 in just six years. It is a sign of what the White House and Biden have called a “global recession”. The United States does not appear immune to this decline.

The summit came after Congress failed to pass laws that restore the right to vote, following the approval in some states, including Texas, of laws restricting participation in elections for minorities, especially African American and Hispanic. . Colorado Secretary of State Jena Griswold recently denounced the proliferation of laws that “are putting American democracy at risk”. Biden himself, in his speech, seemed aware of the moment.

“Here in the United States – he admitted – we know that constant efforts are needed to strengthen democratic institutions. American democracy is fighting to live up to the highest ideals, overcome our divisions and stick to the founding ideas of the nation ”. The summit, Biden added, “is not an opportunity to say that one of our democracies is perfect and has all the answers, but to reaffirm the common commitment to improve, share ideas, learn from each other, and reject authoritarianism, fight corruption, promote human rights everywhere. Act, act “.

The summit serves to revive the tarnished American image in the year marked by the dramatic onslaught of the insurgents on Capitol Hill and the perennial clash over the regularity of the presidential elections. The summit will launch a series of initiatives and periodic meetings to take stock of the state of democracies in the world.

But in the meantime, the White House has announced an aid plan, worth approximately $ 424 million, intended to support independent journalism, civil rights organizations and free democratic elections in five areas of the planet. “Without free information – added Biden – there is no democracy”.