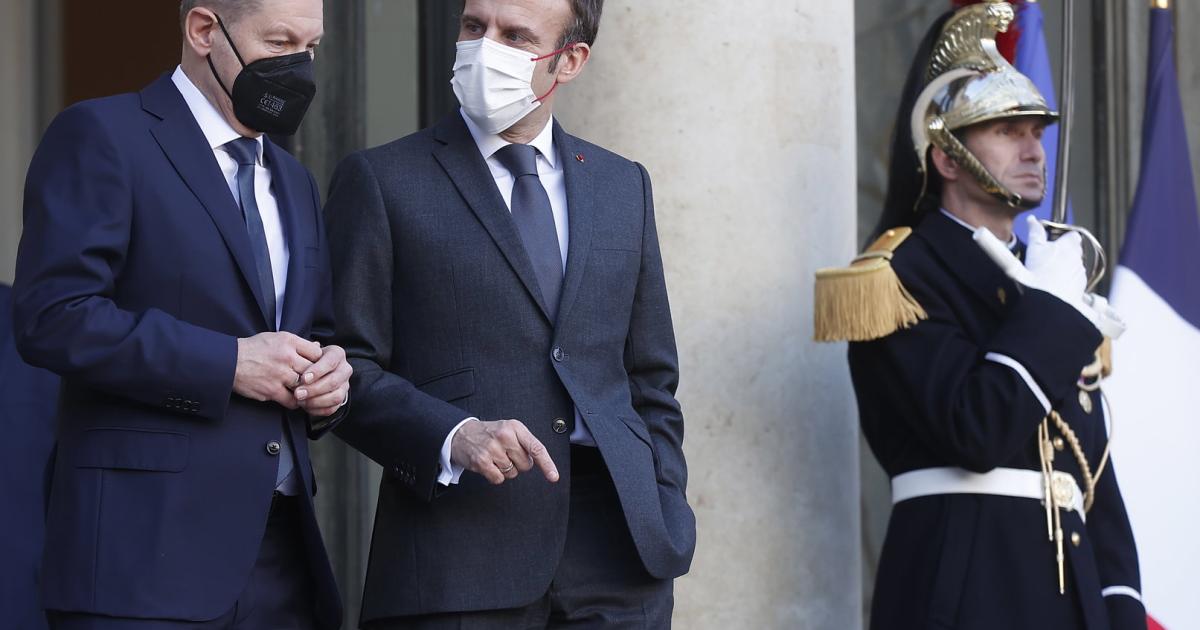 It was the meeting of two men who do not yet know each other well, but appreciate each other – and wanted to show that clearly. Here a pat on the shoulder, there a friendly smile and nod:

When they met in Paris on Friday, Emmanuel Macron and Olaf Scholz already indicated with their gestures, which they underlined with words: “I am very happy, dear Olaf, to receive you in Paris today for this first trip outside Germany”, said Macron, physically turned towards Scholz, whom he was on terms with. He was able to determine the “solid convictions” of his counterpart and many similarities. “It is important that we act in the same direction,” added the German Chancellor. The topics of the encounter were European cooperation, climate change, digitization and migration with the aim of better protecting the EU’s external borders.

The fact that Scholz continued the tradition of making the first foreign visit to the new office in France also corresponds to the assurance in the coalition agreement that “a strong Franco-German partnership that fills the Treaty of Aachen and the Franco-German Parliamentary Assembly with life”, direct the future government.

In Paris, the new traffic light government from the SPD, the pro-European Greens, but also the FDP, which sits in the same parliamentary group as Macron’s LREM party, is raising positive expectations.

Demands of the new coalition for a “strategic sovereignty of Europe” or for an end to the unanimity rule in EU foreign and security policy were well received – they sound like a late response to the Europe speech with a number of proposals made by the President in September 2017 Had kept. To Macron’s disappointment, there was no answer in the affirmative.