Italy: The first green light for the text on euthanasia has arrived. But the no of the center – right remains 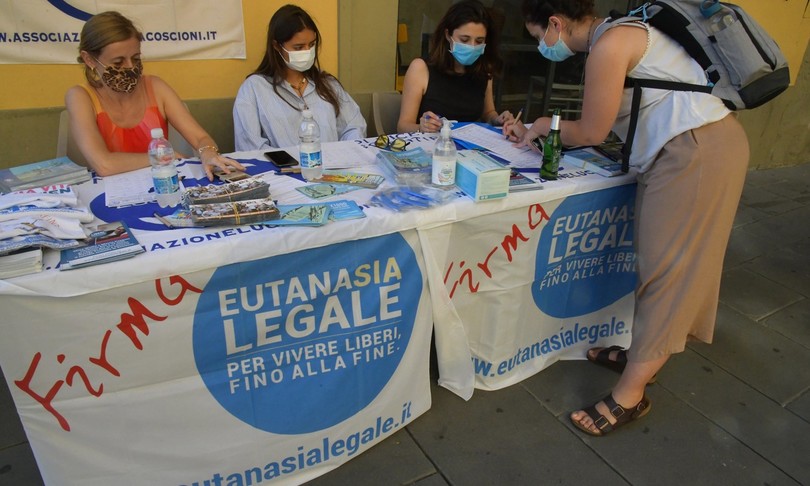 After years of stalemate and months of stonewalling and wall to wall, the first green light for the text on the end of life arrives. The Justice and Social Affairs commissions of the Chamber have in fact dismissed the new formulation of the rules that allow medically assisted suicide, but the center-right vote against that, barring surprises, he should also say ‘no’ in the Chamber, where the measure will arrive next Monday, December 13, for the general discussion even if the times do not promise to be short and, also thanks to the maneuver and other decrees, the votes could slip into the new year.

Is already an avalanche of amendments is expected, with the repeated opposition of Lega, Forza Italia, Coraggio Italia, together with FdI. For now, instead, the compact front of the former Giallorossi – including Italia viva – is holding up, who, alone, voted in favor of the rules and are preparing to defend the text in the Chamber. But in the ranks of Pd, M5s and Leu we are already looking at the Renzians and the line they will take in the decisive moment of the final vote: the ‘blow’ taken on the Zan bill is still too fresh, where the lack of votes from Italia viva contributed to the sinking of the law against homotransphobia in the Senate.

The strength of the axis will be measured once again on the votes by secret ballot, and there are those who hope in the conscience vote of a small group of blue deputies, as happened for the living will. But, at the moment, the center-right is joining the appointment and nothing suggests a change of line. The fracture in the majority therefore remains intact.

The hard work of mediation put in place by the two speakers, Alfredo Bazoli of the Pd and Nicola Provenza of M5s, was of no use – if not to bring about an end to the obstructionism. Mediation with the center-right which led to several changes, first of all the introduction in the text of conscientious objection for doctors and health personnel, initially not recognized.

Among the novelties there is also a more stringent list of the conditions to be able to apply for assisted suicide. The so-called ‘palliative care’ acquires greater importance, as the center-right asked (the person must have been “previously involved in a path of palliative care in order to alleviate his state of suffering and explicitly refused them”).

Furthermore, the person must be suffering from an irreversible pathology and a poor prognosis, which causes absolutely intolerable physical and psychological suffering (both must exist); the person must then be kept alive by life-sustaining health treatments, the interruption of which would result in the patient’s death.

The non-punishment of the doctor for the crimes of instigation or aid to suicide and wrongful death is confirmed. The retroactivity has also been confirmed with amendments: that is, a sort of ‘amnesty’ is envisaged for the previous cases (for example the story of Dj Fabo and Marco Cappato). It is not punishable, the text states, whoever has been convicted, even with a final judgment, for having facilitated in any way the voluntary medically assisted death of a person before the entry into force of this law.

“Now the responsibility passes to the Chamber of Deputies, all groups and individual members have the duty to respond to the sick and their families, to the needs of making our legal system more humane by recognizing medically assisted voluntary death”, say the presidents of the two commissions, Mario Perantoni and Marialucia Lorefice, both pentastellati. The rapporteur dem Bazoli also hopes in the Chamber: “I hope that the spirit of confrontation and dialogue can also be maintained in the Chamber, to allow Parliament to approve a law in line with the principles and recommendations of the Constitutional Court, on a subject a delicate matter that affects us all without distinction “.

Riccardo Magi, on the other hand, is pessimistic and makes gloomy predictions: “After years of paralysis, the committees hastily vote on a bill on assisted suicide that is seriously inadequate. Purpose: to bring whatever text it may be to the Chamber, postponing the choices on unsolved issues. Predictable outcome: the same as the Zan bill. The knots not resolved now will not be solved later “, concludes the radical exponent of Piu ‘Europa.

The Luca Coscioni Association, promoter of the referendum on legal euthanasia, speaks of a “step back”. Instead, the M5s group leader defends the text: “On the subject of the end of life, Parliament and therefore our country is seriously behind schedule. Precisely for this reason, the approval in committee of the text and therefore the arrival in the Chamber scheduled for Monday is good news for everyone “, observes Davide Crippa. “I am aware that the path to definitive approval of the law is still long but I am equally confident that the conscience of my parliamentary colleagues is ready to confront this issue”, says Giorgio Trizzino del Misto.