For the first time, the US Congress will have a statue of a black person in 2022: who is it 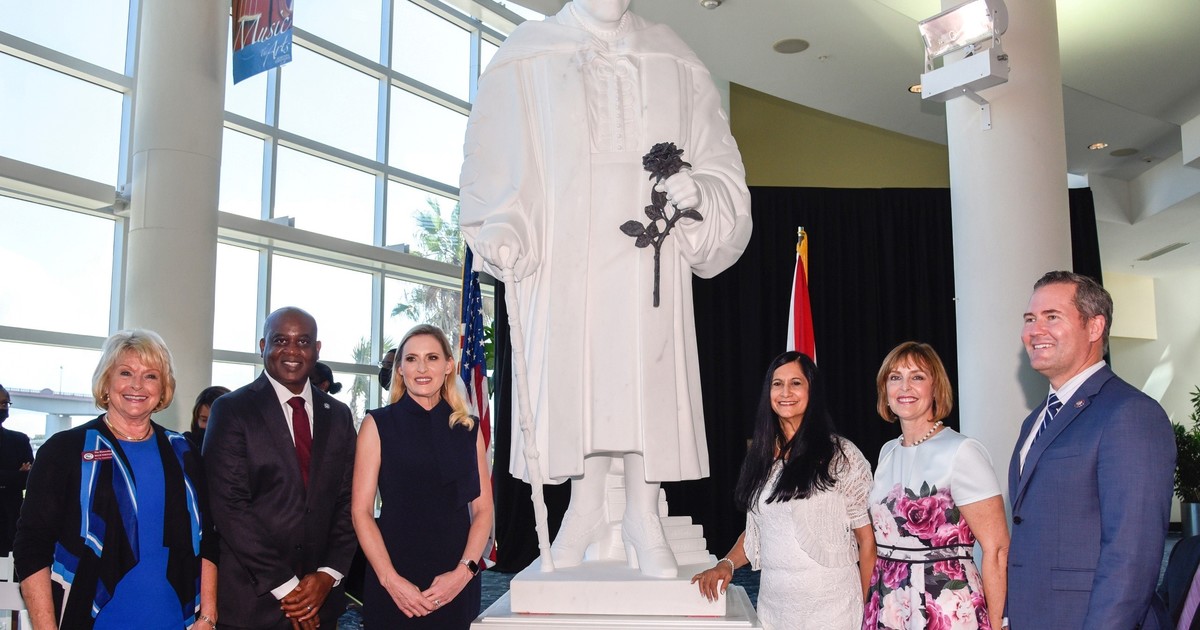 Starting in February of next year, the United States Congress will have its first statue of a black person. Its the Mary McLeod Bethune, known as the “Mother of Civil Rights”.

It was made by the Puerto Rican artist Nilda María Comas and will be on her way to Washington from Florida next Wednesday.

In Daytona Beach, where Bethune (1875-1955) died, the marble statue will begin a tour during which the African-American statesman will be honored and escorted by police officers from various states.

“I am from a minority making the sculpture of another minority,” the Puerto Rican artist, who is also the first Latina to make one of those statues for the Capitol.

Comas, who has a master’s degree from The New York Academy, with an Andy Warhol scholarship, sculpted the white marble work of Michelangelo’s cellar in Carrara (Italy) in his studio in Pietrasanta.

The sculptor was “proud” of making the statue of another woman, and in addition to having won the other nine finalists, all men, in the contest in Florida called to make the figure of a pioneer of civil rights and the female vote In U.S.A.

Is daughter of slaves Born on a cotton plantation that came to work under the leadership of President Franklin D. Roosevelt (1933-1945), she will be in the National Statues Hall of the Capitol, a special pavilion where each state is entitled to two statues to represent it .

“It is something great because this country is more than 200 years old and there has not been an African American (there). She will represent the race, the first person of that race, man or woman, and I will also be the first Hispanic who does a sculpture for the Capitol, “said Comas.

The statue of the “mother of civil rights” is made of white marble. Photo: EFE

An African American, a Latina and a Confederate

The Bethune de Comas is white, with a black marble rose, like the one the legendary educator and feminist received when in Switzerland she accompanied Roosevelt to sign the United Nations (UN) agreement for the first time.

“I feel very good, I am satisfied. I was able to grasp that she is such an intelligent person, but that she gave her life for other people and then it is seen that she is not arrogant, she is a person with a lot of humility,” he said.

This work, about 3.3 meters high, made in the “classical style”, that is, without the use of robots, will replace the now controversial Confederate General Edmund Kirby Smith on February 2, a fact that for Comas, it brings “a bit of justice”.

The sculptor will be reunited on December 17 with her work in Mayesville (South Carolina), where Bethune was born, for a tribute by local authorities to this activist who became Roosevelt’s advisor for African-American affairs.

“I feel like I know her,” says Comas after studying her many hours to make her statue, in which she highlighted her vast education with a Bethune in a cape, mortarboard and a host of her books.

The artist tells that Bethune addressed before Martin Luther King Jr. (1929-1968) the ideas that the civil rights activist outlined in his famous speech “I have a dream” (I have a dream).

Regarding the sculpture, he says that he especially wanted to highlight the “sweetness” of Bethune, despite being an imposing woman and with a strong speech in keeping with the times of segregation.

In that sense, he points out that he was surprised to hear his soft voice and large vocabulary in official recordings of his speeches.

“In her voice I realized that she was such a sweet person and with so much love … She was not a haughty person,” he says.

The sculpture and its base arrived in Florida last September by sea from Italy, where on July 10, in celebration of the anniversary of Bethune’s birth, it received a blessing at an official ceremony in Pietrasanta.

In Daytona Beach, at least 11,000 people visited the work until this week, which before its departure to Washington was exhibited at the Arts Center of this city in South Florida, where Bethune founded in 1904 a university for black girls.

“People, as they have received it, that is what has moved me the most, they are so happy because this lady deserved it,” says Comas.

The sculptor also emphasizes that Bethune had a resounding vote in the Florida Legislature, in which of 112 votes only 1 was for another figure to replace the statue of General Smith in Washington.

From Daytona Beach, the statue will depart on Wednesday to its birthplace in South Carolina and in each state when it reaches the dividing line the escorts that will take it to Washington change, where it will be one of the “two great characters of Florida.”

“It’s a bit symbolic because she was born in a log cabin” on a humble ranch, Comas emphasizes.