Italy: Salvini wants a ‘table on the hill’ 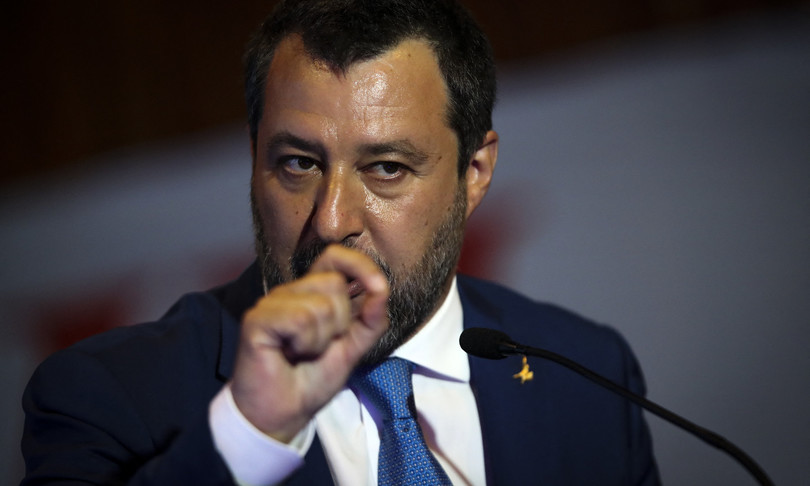 Both say the same thing, namely that the ball is in the hands of the center-right coalition. For months accused by other parties of groped tests of ‘mess’ in view of the match on the Quirinale, Matteo Renzi and Matteo Salvini seem to be ‘backing up’ from a distance on a day in which the first real tactical moves of the most important match of the next few weeks begin to take shape, the election of Sergio Mattarella’s successor.

In the morning, one of the other great actors of the ‘political drama’ of the moment, the secretary dem Enrico Letta, also spoke about the topic, to ensure that he does not see the possibility of early political elections, saying he was “sure” that the election of the next head of the State takes place with the support of a “large” majority. This latter prediction is actually shared by the former party comrade as well.

At his ‘premiere’ at the Brothers of Italy party in Rome, Renzi does not shy away from the prediction. “I think that the next will be a president elected by a large majority“, he says, even if it is a hypothesis in the” difficult “state.

“Today the right has numbers in the majority: from FdI to Forza Italia 45% of the big voters. The question is whether the center-right takes an initiative together or not. I connivance with the enemy? Absolutely not. This time or the right is in charge of make an overall proposal or, if he does not, from January 20 onwards you have to look for the best reasons to look for a referee all together “, he adds.

Salvini’s response, from Bari, seems to be aimed precisely at him. “On Monday I will call the secretaries of all the parties, from the smallest to the largest, to say let’s sit around a table and talk”, announces the Northern League leader, in his speech at the general assembly of the Lega in Puglia.

“I’m working, meeting many people. The League is strategically and numerically central, the center-right has the right cards for choosing a President of the Republic without the card of the Democratic Party – he argues -. If someone has the arrogance to say he cannot be center-right, sovereign, populist I say: he is the president of the Republic. There is no one-bis article of the Constitution that says it must always be chosen by the Democratic Party. The numbers are in our hands, if we don’t make mistakes “.

“I don’t want a President of the Republic who is a friend of the League, but who guarantees everyone and who gives anyone who wins the next elections the right to govern the country”, he insists. In the League they explain that the Northern League secretary had had the move in mind for some time and that he had even talked about it with Mario Draghi when, in a meeting in mid-October, he had asked the Prime Minister to promote a “national pacification” initiative. that would put an end to the climate of confrontation between the parties after the attack on the headquarters of the CGIL and the campaign for the Administrations.

Salvini would have warned the center-right allies of the intention to launch an initiative to open up dialogue with the other parties. However, this proposal did not take off when Letta had launched it in recent weeks, even if not on the Colle issue, but on the budget law. In FdI Salvini’s initiative is interpreted as a “tactical move”, an attempt to “throw a stone into the pond”.

While Forza Italia continues to believe in the Northern League secretary’s support for Silvio Berlusconi’s candidacy. Even if the proposal to open a table with everyone, with the center-left compact on the ‘no’ to the Cavaliere, risks interrupting the race to Berlusconi’s Colle, even before the formalization of the candidacy. Others in the coalition believe that Salvini’s move aims to ‘tighten’ on Draghi. The words pronounced by Marcello Pera on the stage of ‘Atreju’ did not go unnoticed. “In a month we will elect the President of the Republic, the highest magistrate of Italy, the top of our institutions, the one who represents the unity of the nation.

Question – the former President of the Senate asked the participants in the debate -: but it seems normal, reasonable, democratic, transparent that, one month after the elections, the strongest candidate for the presidency of the Republic is the one who, still a ‘now after the proclamation of the person elected, will you say I am not a candidate? “Many in the room thought of Mario Draghi – even if Pera did not nominate him – while the question remained suspended, without answers. A confrontation between the parties could help the political formations to regain possession of the game and reiterate that they manage it and that if Draghi wants to go to the Quirinale with the party leaders he must confront himself.

As for Pera himself, he remains one of the candidates for the Colle who could have the support of the center-right extended to IV, as well as Pierferdinando Casini. “Casini and not only Casini. All those who have made the president of the Chamber or of the Senate have one more card”, Renzi replied to reporters who asked him about the eventual run of the former third position of the state.