Iran: 12 injured in an explosion at a steel plant linked to one of the production units affiliated with the Revolutionary Guards 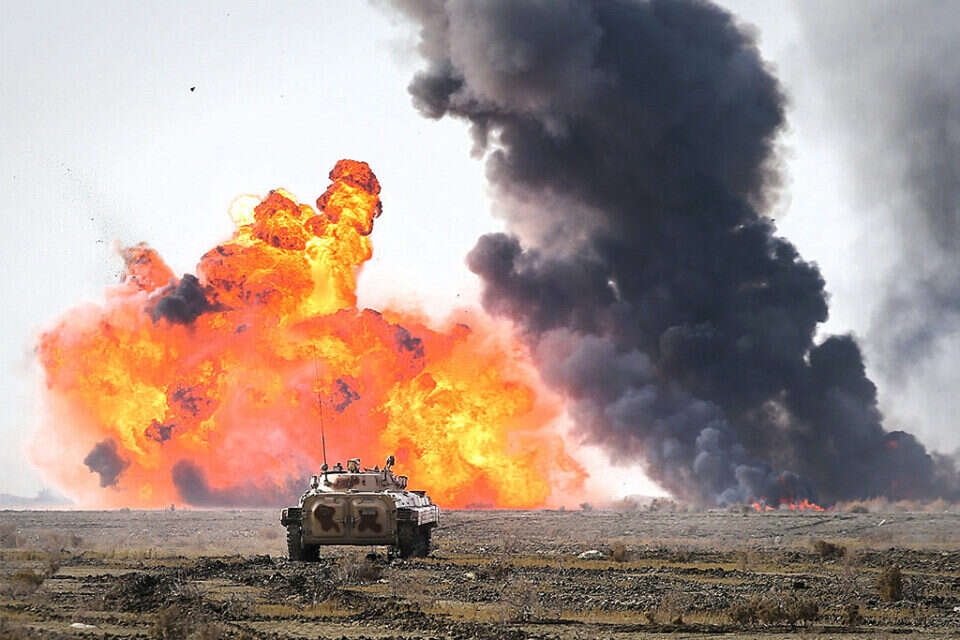 According to reports, the steel plant is linked to one of the production complexes identified with the Revolutionary Guards

A huge explosion took place today (Saturday) at a steel plant in the city of Ardakan in the Yazd province in central Iran. According to the local news agency “Ilna”, 12 workers were injured in the explosion and great damage was done to one of the melting furnaces at the site.

According to foreign media reports, the steel plant is linked to one of the production complexes identified with the Revolutionary Guards in Iran, and may be used by Iran’s military industry.

Local media reported that the explosion was caused as a result of water penetrating one of the kilns and that local firefighters were able to contain the flames within a short time. Three of the injured workers were treated on the spot and nine others were transferred to receive medical treatment at nearby hospitals.

Explosions in industrial facilities in Iran occur quite frequently, due to the poor level of maintenance of the infrastructure in the country as well as the lack of spare parts as a result of the sanctions on the country.

Despite this, local underground organizations have in the past carried out acts of sabotage in the oil industry and other heavy industries in the country.