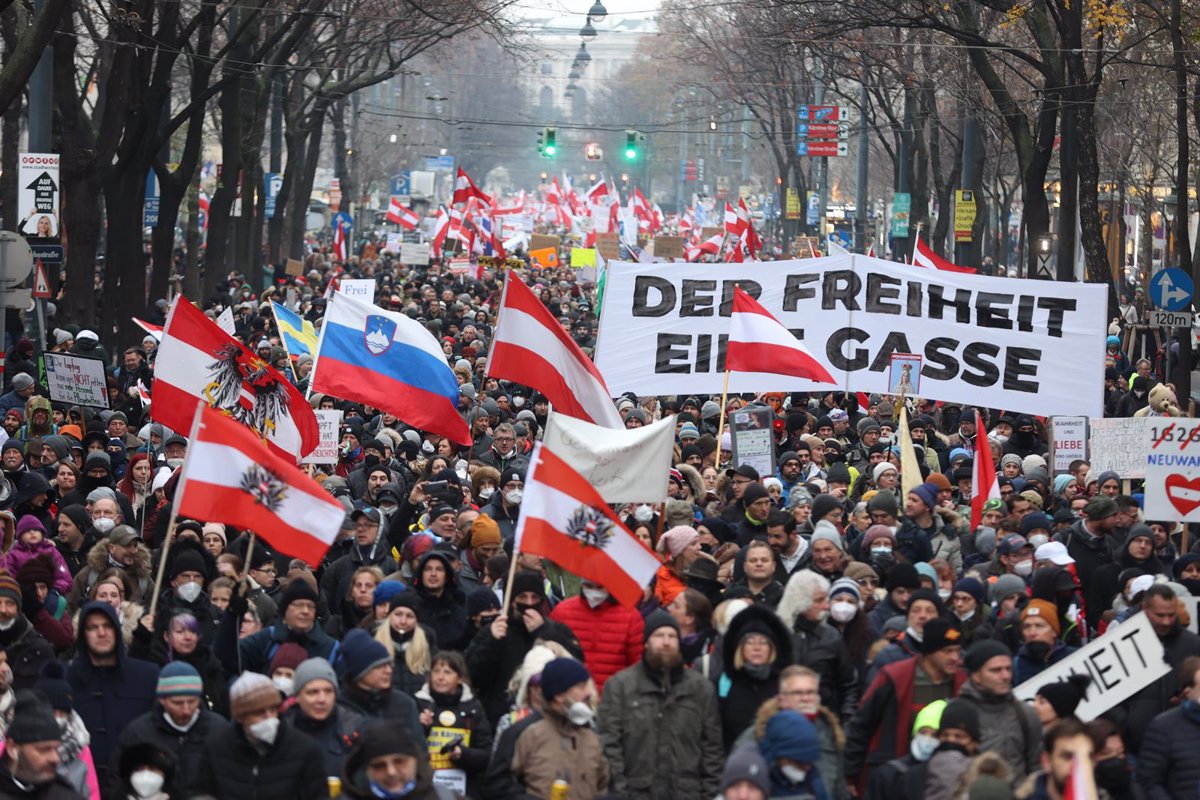 Tens of thousands of people have demonstrated this Saturday in the Austrian capital, Vienna, to protest against the restrictions imposed by the authorities in the face of the coronavirus pandemic and express their rejection of mandatory vaccination against COVID-19.

According to information collected by the Austrian newspaper ‘Die Presse’, some 44,000 people have gathered in the capital, led by the leader of the far-right Austrian Freedom Party (FPO), Herbert Kickl, who has been especially critical of the measures approved by the Government.

Kickl has been the target of harsh criticism from the Austrian Minister of Tourism, Elisabeth Kostinger, who has accused him during an interview of “having blood on his hands” for his rejection of the restrictions, while lamenting that the FPO ” adhere to extreme conspiracy theories “..

In response, the leader of the far-right party stated during the protest that “anyone who tells him that he has blood on his hands has excrement on his head.” He has also criticized the confinement and vaccination requirements and has said that the population is being “kicked in the ass” by the government.

Kickl has further stated that mandatory vaccination and confinement for the unvaccinated is “an assault on humanity.” “This government is acting in a sadistic way,” he stressed to his followers, as reported by the German news agency DPA.

The participants have carried banners that read ‘No to mandatory vaccination’ and ‘Keep your hands away from our children’, according to the aforementioned newspaper, which has highlighted that the mandatory use of a mask has been largely ignored by those present in the protest in Vienna.

The Austrian government is preparing a bill that provides fines of up to 3,600 euros to people who do not get vaccinated against the coronavirus, in an attempt to increase vaccination figures amid a rebound in cases, as revealed on Thursday by the Minister for the Constitution and the EU, Karoline Edtstadler.

The project is scheduled to come into effect on February 10, valid until 2024, and will affect all people over 14 years of age. The fines will range between 600 and 3,600 euros, although fined people will be able to avoid payment if they are vaccinated.