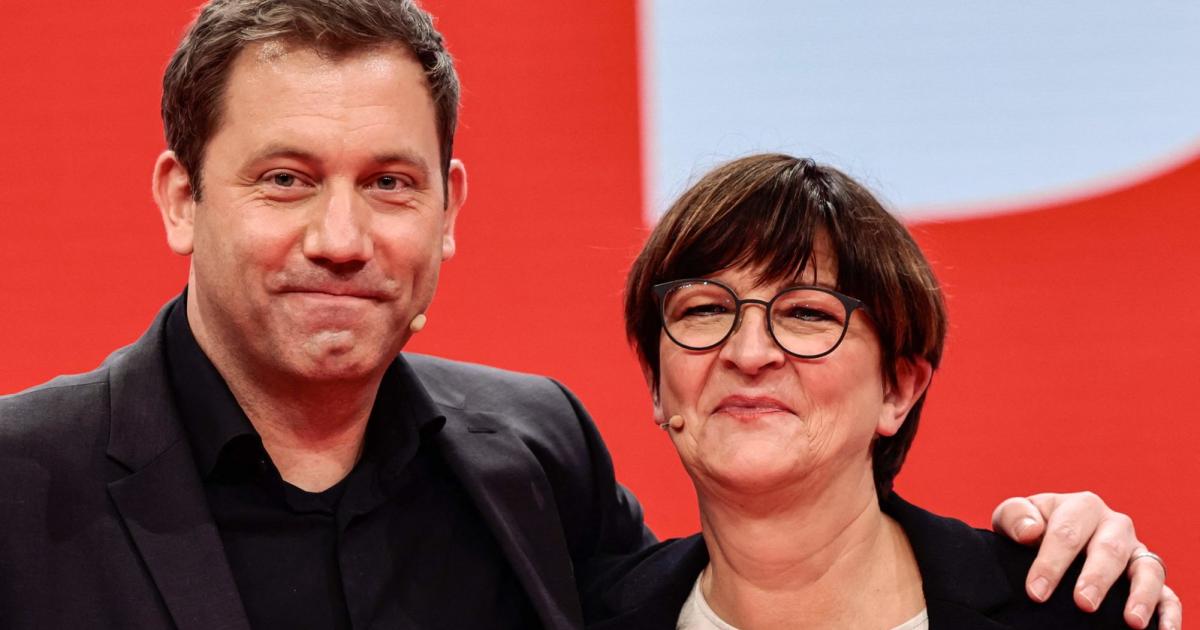 With ex-Secretary General Lars Klingbeil, a conservative comes to Esken’s side.

“The SPD, dear comrades, is back,” said Norbert Walter-Borjans when he left. The now former chairman of the German Social Democrats cleared the place for ex-general secretary Lars Klingbeil, who was elected to the new dual leadership together with Saskia Esken on Saturday. “We were written off, we were pitied,” he said at the party conference. “But we never gave up, never, at no point in time.” The victory in the Bundestag election is a great opportunity to shape a “social democratic decade”.

Esken, who had already been elected in 2019 with Walter-Borjans, was combative: “We will change this country, we will strengthen it, and we will make it fairer.” that the country so desperately needs.

The fact that the SPD appeared so closed in the 2021 election campaign is largely thanks to Klingbeil’s talent for mediation.

The two party chairmen to be located on the left and the more conservative candidate for Chancellor Olaf Scholz, who was inferior to them in the membership decision – that could very well have gone wrong. In his application speech for the chairmanship, Klingbeil addressed this topic: The SPD is strong “when we focus on what we have in common and not what separates us”.

In the afternoon, the party congress elected the other leadership team of the SPD: The new general secretary is the former Juso boss and party left Kevin Kühnert. After the election of Olaf Scholz as Federal Chancellor and the inauguration of the government, the SPD, as a party, completes its personnel list for the start of the joint government with the Greens and the FDP.