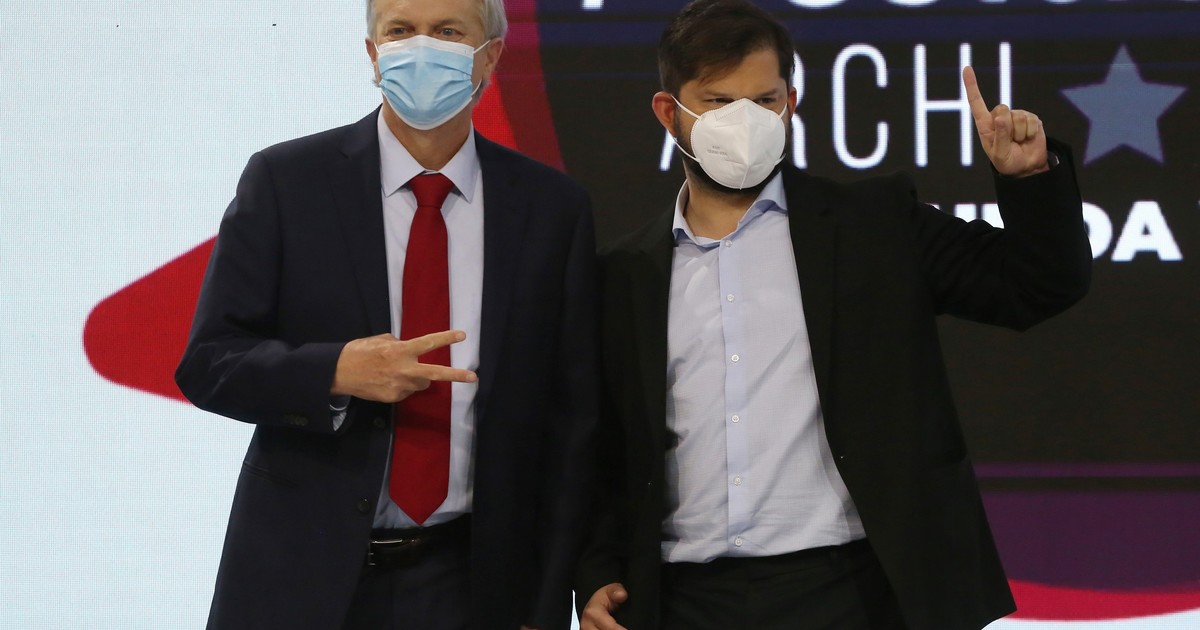 Seven days. That is the time remaining for Chile to finally elect its new president. But the scenario does not appear at all clear with respect to the government that will be born from these polls that they define in the second round of December 19. This is the case, whoever the winner is, because neither the ultra-conservative right-wing José Antonio Kast, nor the leftist Gabriel Boric belong to structures that have governed the country since the return to democracy.

The level of uncertainty has increased in recent days. The ban that prohibits publishing surveys in Chile does not help to clear up doubts. However, the polls continue to be carried out under the ropes and a vote-by-vote dispute is looming. Again, as in the first round, both would appear head to head, and all eyes point to the debate on Monday, which may be a defining chapter.

The AtlasIntel pollster, based in Brazil, carries out a daily analysis of Boric and Kast’s voting intention and confirms the liquid electoral behavior since the results of the first round, on November 21.

If after the first week of the campaign, the leftist Gabriel Boric managed to distance himself from Kast by marking up to six points in favor, the Republican candidate later managed to overcome that position and today he would install himself in the first place, with a 40.9 percent intention of votes. But his rival appears in those polls with 39.1 percent, a difference that is not a difference.

The data was collected through a client of the pollster who has access to the internal system of “daily electoral tracking”. They cannot be published in Chile, but they can be published abroad.

“Boric has not managed to get the vote that Kast lost since November 21, when a part of his voters became undecided voters. What we observe is that those voters finally returned to Kast, not because they like the candidate but because they find him the least bad, ”the former AtlasIntel director of institutional relations, Leonardo Magalhaes, explained to Clarín.

The specialist, however, did not refer to the specific figures that the pollster handles.

“There is a strong, structural limit for Boric as a candidate, which cannot grow. It is a big limit of the candidate. Time passes and time passes and he cannot win the undecided vote ”, added the Brazilian academic.

Another factor that has come to play a strategic role is the eventual support of Franco Parisi for some of the candidates. Parisi, who lives in the United States and obtained 13 percent of the votes, campaigned on YouTube and Facebook and invited both candidates to attend his web show to chat live in front of audiences.

José Antonio Kast accepted immediately and attended last Sunday, achieving one of the historic audiences of a live YouTube broadcast in Chile, with more than 200,000 viewers. The recording of that program today exceeds a million and a half views.

For his part, Gabriel Boric declined to attend after a few days of reflection. The fear of a “lockdown” in economic matters – because Parisi is an economic liberal – held back his participation in the program.

However, publicly, the campaign team of the Frente Amplio candidate argues that the reason for declining the invitation is the cause of alimony for his family that Parisi has pending in Chile.

Thus, disputing the undecided vote and the electorate of the surprise candidate of the first round, both presidential letters arrive at the decisive television debate tomorrow practically in a technical tie.

In Chile, the debates have not had a major influence on the final result of the election, but last Friday the candidates saw each other in a radio debate that was very spicy.

Boric reproached Kast for his inability to speak of a dictatorship with respect to the Augusto Pinochet regime, while his opponent reproached him for an accusation of sexual harassment that was published on social networks and later deleted by the alleged victim, who asked not to be exposed to a revictimization.

On television forums it is often said that the candidate who leads the polls is enough to play safe and neutralize the effect of the debate to stay the winner. In the Chilean case, without knowing who holds that leadership today, it is presumed that both will go out to play their cards in a scenario that is already attracting interest and, why not, the curiosity of the audiences, 24 hours after its completion.