Tornadoes in the US: “Believe This Will Be Deadliest” 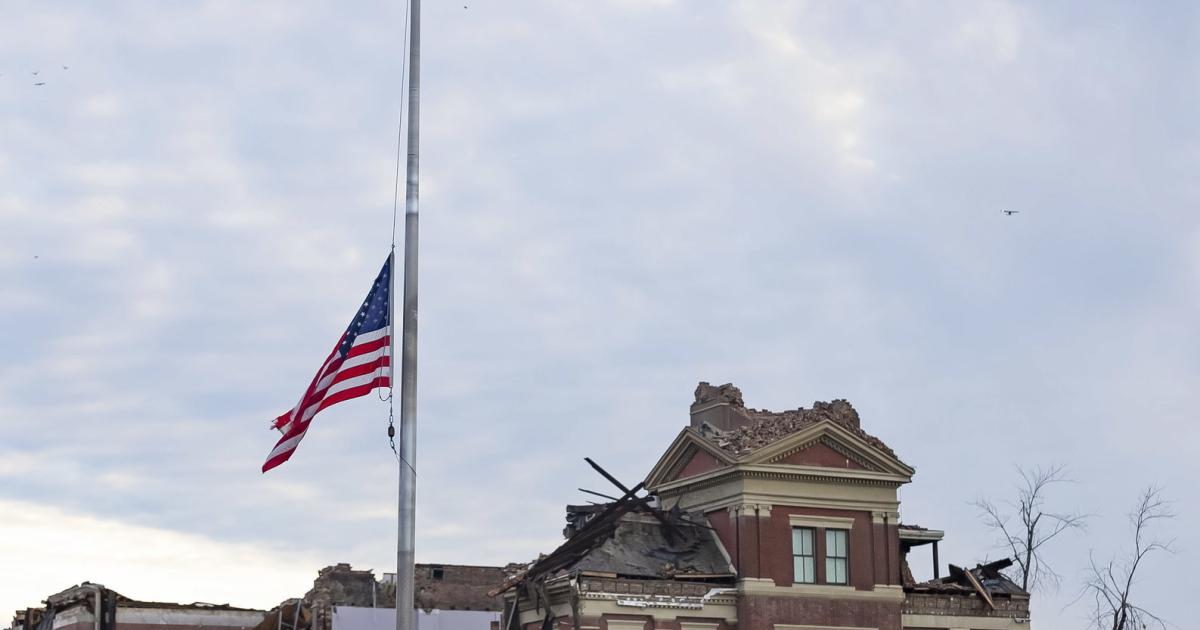 After the devastating tornadoes in the US, with probably dozen dead, rescue teams continue to search for survivors. The state of Kentucky is particularly hard hit, with Governor Andy Beshear saying on Saturday about the destruction:

“We are Ground Zero.” He is certain that the death toll in his state in the southeastern United States alone will exceed 70. “It could even be over 100.”

the New York Times writes that at least 70 people were killed in Kentucky alone. CNN reported early Sunday morning that it was feared that more than 80 people had died in the US states of Kentucky, Mississippi, Missouri, Arkansas, Illinois and Tennessee.

It will be days before the full extent of the disaster becomes known.