The dead could be more than 100 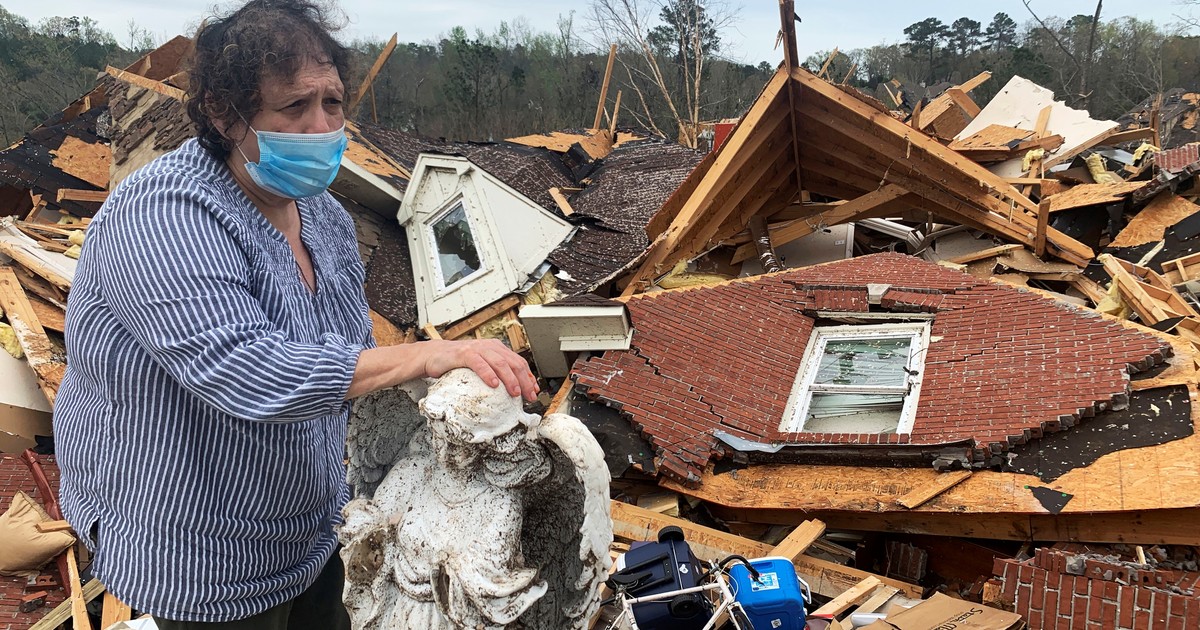 Emergency services continued to search Sunday for survivors of the tornadoes that devastated the central and southern United States on Friday and Saturday. leaving at least 83 dead and a trail of destruction in its wake, but it could be more than 100.

Dozens of people were killed in six states and buildings were seen razed to the ground as far as the eye can see, in “one of the worst series of tornadoes” of the country’s history, said US President Joe Biden, calling the devastation an “unimaginable tragedy.”

So far 83 deaths have been recorded, but the number could increase.

“We still don’t know how many lives have been lost nor the extent of the damage“Biden said on national television.

Federal disaster response agencies began to deploy to the area, said Biden, who promised that “the federal government He will do whatever he can to help. “

Kentucky, in the center-east of the country, suffered especially this violent meteorological phenomenon, It most affected the vast American plains, with black columns sweeping the ground, illuminated by intermittent lightning bolts.

After announcing “at least 70 deaths” in his state, Gov. Andy Beshear said the death toll could exceed a hundred and even that this “figure could increase considerably” and appealed to residents to donate blood for the wounded.

“The devastation It is incomparable with everything I have seen in my life and I can hardly find the words to describe it, “he added.

The heart of the city seems “a lot of matches”Mayor Kathy O’Nan told CNN.

“The churches in the center have been destroyed, and the courthouse, in the heart of the city, as well,” he added.

“It’s as if a bomb had exploded in our neighborhood”Mayfield resident Alex Goodman told AFP after a harrowing night of darkness and anxiety.

Across the city, buildings were uprooted, metals were twisted, vehicles were overturned, and trees and bricks strewn across the streets.

In a downtown parking lot, volunteers collected essential items for affected families, said an AFP journalist, such as warm clothes, diapers and bottles of drinking water, while the water and electricity networks no longer work.

Employees of a candle factory were trapped after the roof gave way due to strong winds. At that time, 110 people were present when the storm hit and about 40 were rescued.

Kentucky was swept over more than 200 miles (320 kilometers) by one of the longest tornadoes ever recorded in the United States, according to its governor. The longest, with an area of ​​219 miles, it occurred in 1925 in Missouri and killed 695 people.

“We received an alert at 9.30 in the morning, they told us that the tornado was approaching. He came and went, in one fell swoop “David Norseworthy, 69, told AFP from the destroyed porch of his Mayfield home. “We’ve never seen anything like it around here. Where it hits, it smashes everything.”

About thirty of these storms swept across the country on Friday night and Saturday morning.

Outside of Kentucky, at least 13 deaths were recorded, six of them in Illinois. All six victims worked nights in an Amazon warehouse, the roof of which collapsed. Of the roughly 100 people present, only 45 were able to get out, according to firefighters.

“We are heartbroken over the loss of our colleagues there, and our thoughts and prayers go out to their families and loved ones,” Amazon chief Jeff Bezos said on Twitter.

Tennessee reported four deaths and two people perished in Arkansas, while it was reported of at least one death in Missouri.

President Biden stressed that the weather events were “more intense” with global warming, but did not establish a direct causal relationship between climate change and the catastrophe that has plunged the country into mourning.