Russia: A 27 year old man was arrested on suspicion of murdering his partner and cremating her body 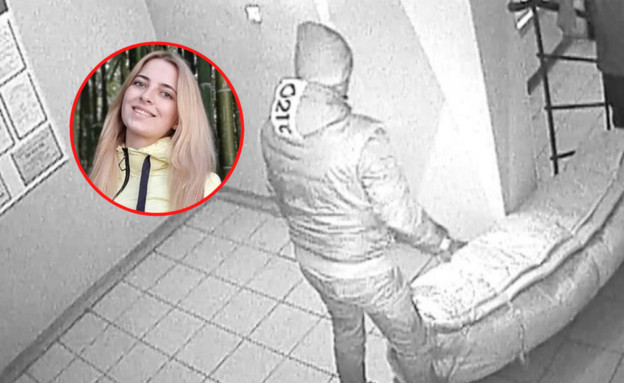 A man in his 20s was arrested in western Russia on suspicion of murdering his girlfriend and trying to obscure the horrific crime. Timur Pasternakovich, 27, was apprehended last week after law enforcement found the remains of Anastasia Krimova, 23, in a burned-out hut in the village of Lisitsino – about 225 km northwest of Moscow.Karimova’s family members said the last time she was seen alive was when she went out to visit Pasternakovich, whom she had planned to marry. The suspect was arrested a few days after her charred body was found in the cabin he owned. Investigators later found footage from security cameras in Pasternakovich’s apartment building in which he and Suffer were seen carrying a rolled-up mattress, which allegedly contained Karimova’s body.

The 27-year-old suspect is known in the capital area as the son of Vadim Pasternakovich, a tycoon and successful construction contractor in the west of the country. At present, it is still unclear what was the motive for the murder, but investigators suspect he stabbed his partner to death and cremated her body in his hut, in an attempt to pretend she died in the fire.

A spokesman for the Russian Commission of Inquiry responded to the case and clarified that Pasternakovich was charged with murder. “Detectives and forensic investigators have uncovered evidence that cannot be ignored,” he said. “The involvement of the suspect in Karimova’s murder is undeniable.”