Italy: For Meloni, the next head of state must be “a patriot” 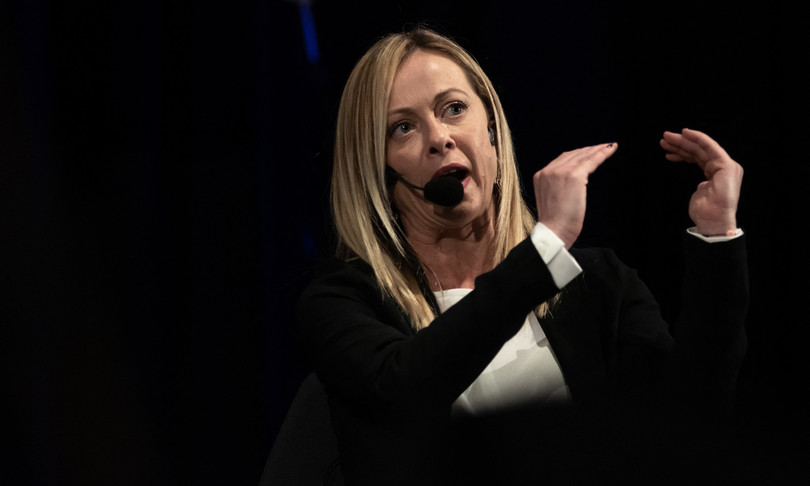 A patriot at the Quirinale, without compromise. Giorgia Meloni awaits the final speech of Atreju 2021 to send a message to those political forces, Democratic Party in the lead, who are calling for a large majority on the election of the President of the Republic. But that of Meloni is also a message to the Northern League ally who, from tomorrow, will call all the party leaders to sit around a table and discuss the election of the Head of State.

Like Meloni, Salvini emphasizes that the center-right has the numbers to be the protagonist of the vote in the United Chambers, but the president of the Brothers of Italy adds a footnote that seems to close the dialogue: no compromise. Not only: Meloni looks even further and seems to want to connect the appointment with Colle to the “mother of all reforms”, presidentialism: “We want to work for the mother of all reforms: get out of the quagmire of the Parliamentary Republic and enter the Presidential Republic”, explains the president of the Brothers of Italy: “I am not surprised that from this stage Giuseppe Conte said he was against it and not I am amazed that the Democratic Party has said to be against it: a party that has been in government for ten years without having won the elections. The center-right has the numbers to be decisive for the election of the Head of State. We want a patriot and we will not accept compromises “.

This, at the same time as the ‘construction site’ of the center-right that the brothers of Italy intend to open shortly to build the house of the conservatives. The leader’s announcement galvanized the participants of the Atreju party who, throughout the morning, listened to the speeches of exponents of international conservatism. For some years now, Fratelli d’Italia has been entrusted with the role of coordination in a ‘network’ of 45 conservative parties around the world, the Ecr.

Now, announces Meloni, it is time to start an opening process: “I’m not talking about a new party”, Meloni hastens to stress. “We participated in the growth of the Ecr front with our passionate work. Forty-five parties around the world, five years ago, decided to entrust this work to us. We must open our home to other cultures that are like us on this. forehead. Brothers of Italy has the legitimate aspiration to lead the conservative front, we desperately need to give courage and a voice to these people. The time has come to be even more inclusive. We leave the living rooms to others, we want to build this project among the people, in the suburbs, in factories, schools and universities, from the last council in the neighborhoods, in a hundred or more battlefields. Giving a voice to those who are not resigned to the decline of this nation “.

Words that arouse immediate interest in those who want to put together an alternative center-right to the hypothesis of a ‘big center’.

“I find Giorgia Meloni’s words on the conservative field today appropriate and intelligent”, says Gianfranco Rotondi, vice president of the Forza Italia group in the Chamber: “Giorgia enters and leads with authority a large European political family. I think “, adds Rotondi,” that in Italy we must reorganize our camp, and relate constructively to the work that the friends of ‘Fratelli d’Italia’ are doing. An alliance of popular and conservatives can be the cultural basis of the unitary party of the center-right dreamed of by Silvio Berlusconi “.

Could the name of Silvio Berlusconi, in light of the profile drawn by Meloni, make this compacted center-right agree? To hear Antonio Tajani it would seem so: “The center-right has already made it clear that it will be united on the vote of the President of the Republic. I believe that Berlusconi would be an extraordinary president of the Republic, with Draghi as prime minister it would be a guarantee for Italy. This would be the right choice for our country “.

Given these premises, the idea of ​​a head of state elected by a large majority seems remote. Also because the intersection of vetoes between political forces. Minister Stefano Patuanelli returns to reject the idea that Silvio Berlusconi can be elected with the votes of the M5s: “I categorically exclude him”, says Patuanelli, returning to the words of Giuseppe Conte who defined Berlusconi as “the protagonist of politics in the last thirty years” .

For the M5s minister, “it is absolutely impossible for M5s to vote him”. On the other hand, even a long-time deputy like Osvaldo Napoli does not believe in the hypothesis of a ‘table’: “The protagonists of the game have so far hanged themselves from the names of possible candidates, without ever discussing the method to get to the election. Without a method, that is, without a political agreement capable of separating the Quirinale from the fate of the legislature that must continue, it will be difficult for a convergence on a name to emerge from that table “.