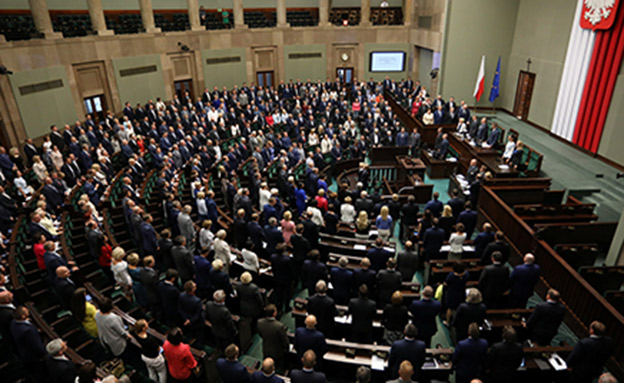 The lower house of the Polish parliament last night (Thursday) approved a bill that would make it difficult for Holocaust survivors and their descendants to receive compensation for the theft of their property by the Nazis. Under the bill, pending property claims, which have not been settled in the past 30 years, will be discontinued or struck out. In addition, it will not be possible to make new claims about administrative decisions made more than 30 years ago. The proposal will be submitted to the upper house of parliament, before the law is finally approved.

The proposed legislation would harm plaintiffs, including Holocaust survivors and their families, as well as many other legal property owners, Jews and non-Jews. These include decisions on the nationalization of property made during the communist era without a legal basis or in blatant violation of the laws established by the communists themselves. If the law is approved, it is expected to affect about 90% of restitution claims.

Deputy Prime Minister and Foreign Minister Yair Lapid reacted sharply to the approval of the bill, saying that “no law will change history. Polish law is a disgrace and will severely damage relations between the two countries. Millions of Jews have been murdered, I know what is the right thing to do. “