Is France on the verge of losing another huge deal to the US in Greece? 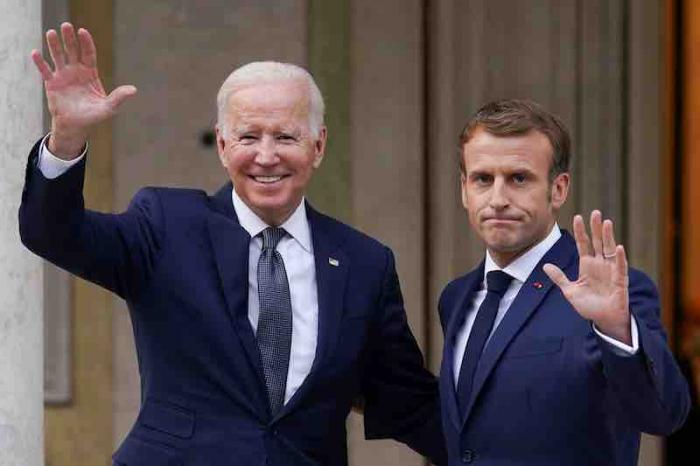 Despite publications on the sale of warships to Greece by the United States, France claims that they will sell the ships to Greece – despite the American declarations

Last September, Australia announced that it was canceling its submarine project with the French Naval Group and embarking on a new submarine project, to procure nuclear submarines, with the United Kingdom and the United States, as part of a strategic agreement signed between the three countries.

French President Emmanuel Macron remained silent, launching a political campaign against Australia, Britain and the United States, accusing him of a variety of charges, without taking responsibility for the Naval Group’s conduct in the project, the delays it caused and the incompleteness of many milestones in the project.

It should be noted that the French government, together with the French Ministry of Defense and Intelligence Services, supports the local defense industries, and makes great efforts, in order for them to win international tenders. Macron, who is struggling for another term and is in the midst of a difficult election year, was quick to turn his efforts towards the Greek market.

Last October, about two weeks after Australia’s dramatic announcement, the French president and Greek prime minister announced that the two governments had reached an understanding on the purchase of three or four frigates for the Greek navy from Naval Group shipyards.

But Washington is not giving up on the growing competition in the maritime dimension. Last weekend, the US Defense Security Cooperation Agency announced that it was approving Lockheed Martin’s sale of four advanced multi-mission frigates to Greece in a project estimated at $ 6.9 billion, in addition to approving another project to upgrade Greek Meko fleets. And the integration of combat systems in them, by about $ 2.5 billion.

Naval Group will supply the Greek navy with four French frigates, the first of which will be delivered as early as 2024, a representative of the French Ministry of Defense was quick to update. Naval Group As with any of its projects in recent years, provides unreasonable schedules and buys its customers with promises of fast deliveries and market-breaking prices. This was also the case in Chile, Brazil and India. In all projects in recent years, the French company has exceeded at least two years in its delivery times and project budgets.

With Macron in the background, he is losing his ability to help the French industries due to his involvement in the election process and because he has already lost a lot of credit in the Australian submarine affair on the one hand. On the other hand, the tremendous intensification of the Turkish navy threatening Greece, the American move may well tip the scales of decision in Greece, in favor of American ships, their combat systems, integrated into the NATO array, and the upgrading of Greek navy ships.