After 28 days: Moshe Hogeg is released under house arrest 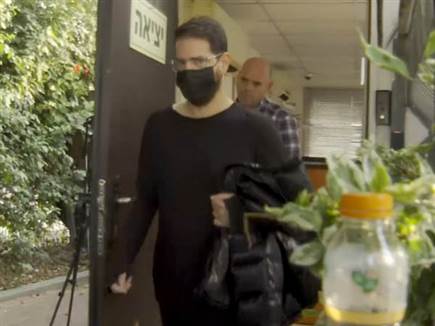 The owner of Beitar Jerusalem was interrogated at Lahav 433 before leaving his home subject to bail of NIS 50 million, of which ten were in cash. According to estimates, the house arrest is expected to last another 30 days.

Days after he was arrested with great fanfare, the owner of Beitar Jerusalem, Moshe Hogeg, was finally released (Tuesday) under house arrest.

The businessman was released from Hadarim Prison and taken for questioning, with house arrest expected to last another 30 days. To do so, he will have to present bail of NIS 50 million, of which ten are in cash. At the same time, the Israeli police will try to formulate the case, which is in difficulty – both in terms of sexual offenses, and in suspicions of money laundering.

On behalf of Hogeg’s lawyers, Moshe Mazor and Amit Hadad, it was reported last night: “Hogeg cooperated fully, and gave his version of the suspicions in the investigation. We are convinced that at the end of the investigation and after it is over, it will become clear that there was no criminal defect in Mr. Hogeg’s actions. ”

As you may recall, on November 18, Hogeg was arrested, along with seven other suspects, on suspicion of a huge cryptocurrency fraud. During the investigation, celebrants also came up against celebrating particularly serious suspicions in the area of ​​sexual offenses. Now, the celebrating stage of celebrating is over – and the ball is in the court of the police, who will try to formulate their accusations against the businessman.