After Bitcoin – Terrorist organizations are moving to fundraising in crypto 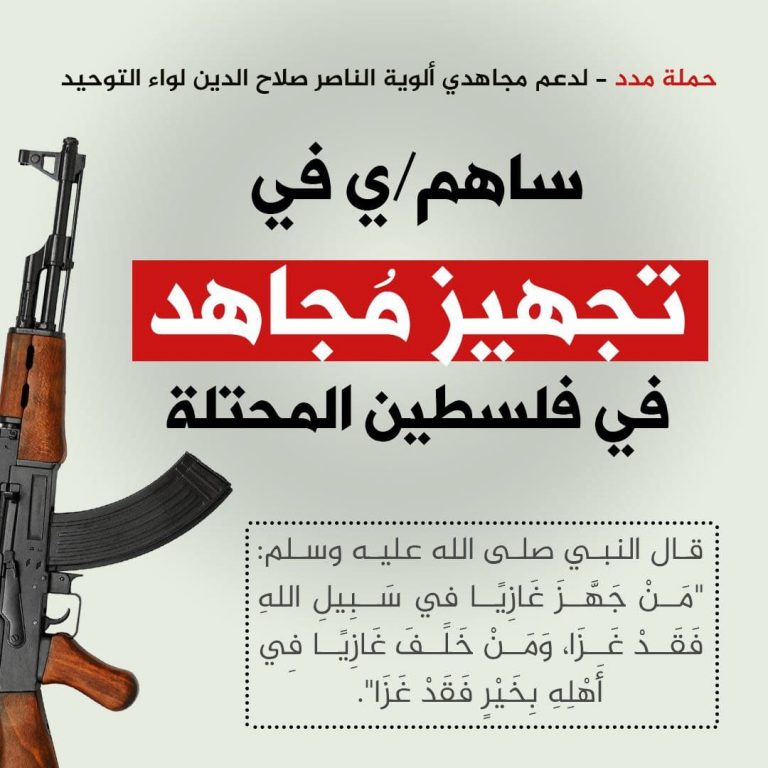 Join our telegram group now for updates on the Middle East

Through the terrorist wing of the terrorist organization Al-Burak, Liwa al-Tawhid, a Salafi jihadist group in Gaza that is part of the al-Nasser Brigades of Saladin, recently issued a statement seeking public support for fundraising through cryptocurrency. The jihad against Israel.

“Encouragement Campaign – In Support of the Mujahideen of the Nasser Salah Aladdin Brigades,” Accompanied Al-Tuhid. ” He also went to jihad, “the statement said.

The group has also posted an address to which the virtual cryptocurrency can be sent. For those who are not technically inclined, the group stated that a user can contact the channel manager and assist with money transfer.

Last June, a senior Hamas newspaper quoted a senior Hamas official as saying that there was an “increase” in bitcoin donations to Hamas as part of the fight against Israel and that “some of the money is used for military purposes to protect the basic rights of Palestinians.”

This is probably the reason for Defense Minister Beni Gantz’s decision in July to sign an administrative seizure order on the wallets of cryptocurrencies and inscriptions used by Hamas to transfer funds to the militant group.

It is difficult to say whether Liwa al-Tawhid had any success in raising funds, but according to the data provided, so far 0 Bitcoin has been raised.

Unlike Hamas and other organizations, Liwa al-Tawhid evaded actions against their fundraiser, allowing them to continue using cryptocurrencies to raise money for jihad against Israel.