Derek Chauvin, sentenced to 22 and a half years in prison for the murder of George Floyd 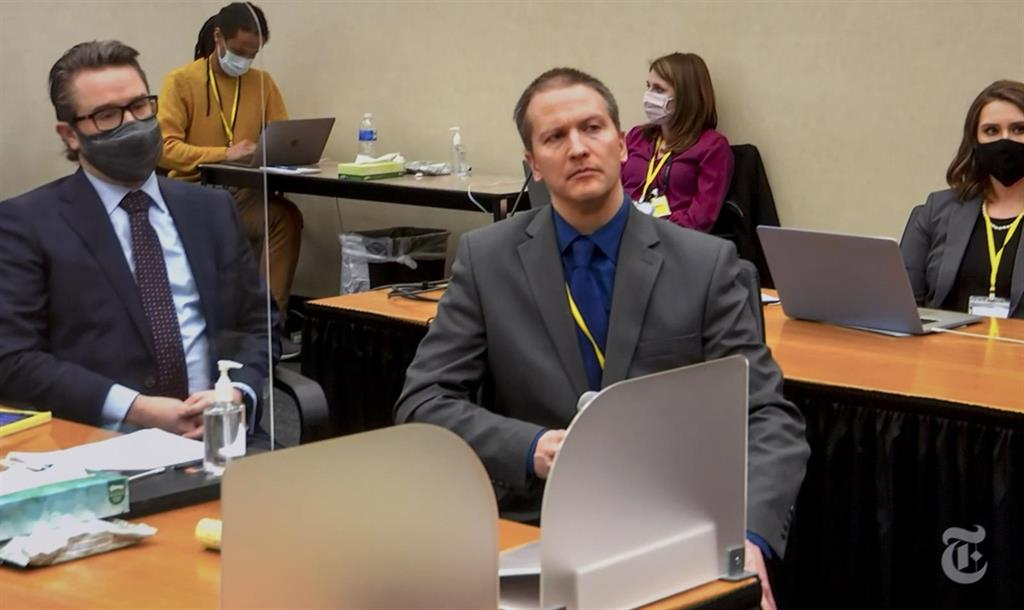 Biden, without knowing “all the circumstances that have been taken into account”, considers that the sentence is “appropriate”

Former Minneapolis Police officer Derek Chauvin was sentenced this Friday to 22 years and six months in prison for the death of African-American citizen George Floyd, thus closing one of the most media-focused episodes of racial violence.

Chauvin, for whom the prosecution had asked for 30 years in prison, has approached Floyd’s family before the reading of his sentence to show his condolences and hope that after all they will get “some peace”.

“At this time, due to some additional legal issues, I am unable to give a full formal statement. I want to extend my condolences to the Floyd family. There will be some other information in the future that will be of interest and I hope they get some inner peace. Floyd has expressed.

After these words, the judge of the district court of the county of Hennepin, Peter Cahill, has begun the reading of the sentence previously emphasizing that it has not been taken on the basis of “emotions” or sympathies “.

Before he took the floor, four of Floyd’s relatives did so, including his 7-year-old daughter, whose testimony has been reproduced on video in the courtroom. The victim’s siblings have asked for the maximum penalty for Chauvin. “George’s murder, his trial and everything else, has been tragic and devastating. Our family is forever broken,” said one of his nephews.

For her part, Chauvin’s mother declared that her son is “a good man” and when a sentence is passed against him, she would also be sentenced.

Some of the first reactions after knowing the sentence have coincided in highlighting that they hope that it will serve as a turning point to continue continuing in the fight for civil rights and against racial and police violence.

The ruling handed down “shows that issues of police brutality are finally being taken seriously … However, we have a long way to go and many changes to make before blacks feel that the forces of the Public order in this country treats them fairly and humanely, “said Bridgett Floyd, sister of the victim.

In this sense, the words of the Attorney General of Minnesota, Keith Ellison, have also expressed that he hopes that this episode will allow the United States to continue moving towards “real social change.” At the same time, he hopes that the sentence will help Chauvin “to learn something about the man whose life he took and about the movement that demands justice for his death.”

For his part, the lawyer for the Floyd family, Ben Crump, has indicated that the sentence “represents a turning point for the United States”, since it is “the longest sentence to which an agent has been sentenced in history. of the state of Minnesota “.

“This should not be the exception when a black person is brutally murdered by the Police. It should be the norm,” stressed Crump, who has also read a statement in which the family values ​​the sentence as “one more step towards consolation. “which offers to close the case and debug responsibilities.

For his part, the president of the United States, Joe Biden, has learned of the sentence in the White House through journalists, who have asked him for his opinion on the matter. “I do not know all the circumstances that have been taken into account, but it seems to me that, according to the guidelines, it seems appropriate,” he said.

Before the sentence was known, Judge Cahill had already denied the defense’s last attempt to have a new trial, arguing that both the popular jury that in April found Chauvin guilty of all murder charges because of Floyd’s death how the process had been flawed.

Chauvin’s lawyer, Eric Nelson, argued that his client had not had the right to a fair trial, since, among other issues, the popular jury “acted incorrectly” throughout the process due to “threats” and “intimidation”, as well as for the “racially motivated pressure” of the case.

Floyd was arrested in May 2020 outside a store for having used a false bill to pay for a pack of cigarettes. During the operation, he was handcuffed and placed on the ground on his chest.

Chauvin dug his knee to the victims’ neck for nine minutes, despite warnings that he could not breathe. His death, recorded in a video that went around the world, generated a wave of indignation at the global level, with mobilizations and marches that sometimes led to riots, and put the racism of US institutions on the table again.