EU leaders seek to coordinate anti.COVID.19 measures ahead of the holidays after tightening some restrictions 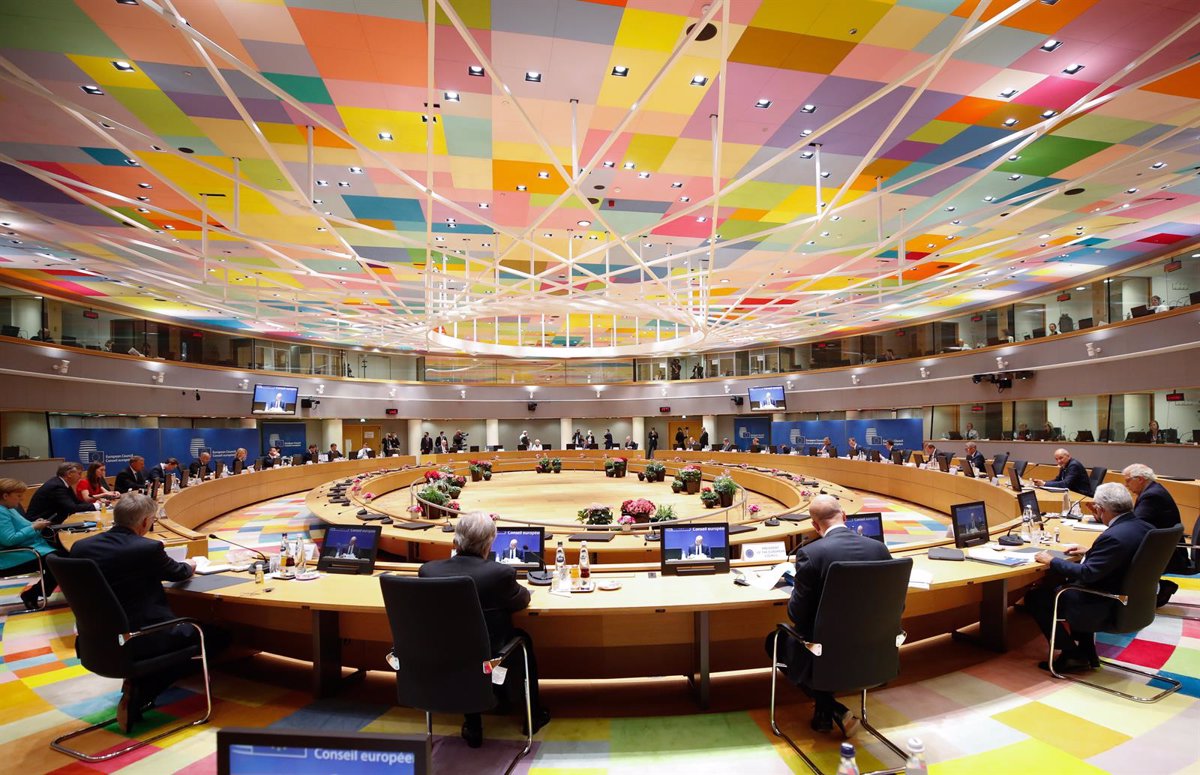 The leaders of the European Union will try this Thursday to strengthen the commitment to vaccination as the central axis of action against the rebound in infections by coronavirus and will reiterate the need to better coordinate in the event of new measures, a complex task that has already been done. countries like Portugal and Italy have picked up the hook, announcing restrictions on European travel during the next holidays.

With a third of the European population still to be vaccinated against the coronavirus despite having sufficient resources, the leaders have among their priorities to strengthen the vaccination strategy and refine the fight against misinformation that stops the undecided.

They also want to insist on the importance of inoculating the booster dose in patients who completed their regimen in the first vaccination campaign and speeding up the administration of the vaccine in those under twelve years of age, as two of the key measures to contain the advance of the omicron variant.

As the president of the European Commission, Ursula von der Leyen, said this Wednesday, in an intervention before the European Parliament to explain the objectives of this summit, the concern about omicron is growing due to its rapid spread and it is estimated that “in mid-January it will be the predominant variant in Europe. “

However, there is still little scientific information on the characteristics of the variant, which is why most European governments are asking for more time before deciding whether they see a need for new restrictions.

The alert for the omicron variant brought to the discussion table the possibility of imposing negative PCR on all non-EU visitors, including those not vaccinated, but it does not have enough support for the moment, more due to the lack of scientific opinions than due to reservations to be raised restrictions against what has been agreed so far.

These doubts have also slowed down the timing of the Commission’s proposal to revise the criteria of the risk map in the EU, to include the vaccination rate and restrict the travel of the unvaccinated in high-risk areas, although it is expected that the leaders give free rein to the idea that the Covid Certificate expires after nine months if its holder does not have a booster dose.

“We believe that we have to be prudent, we do not know if in January we will find that we must take new and different measures,” explained a senior European diplomat in order not to take a position on the tightening of the rules for travelers announced by surprise in Italy.

Since July, the European Union has had the EU Covid Certificate designed to guarantee the free movement of Europeans who are fully vaccinated, recently cured or have a negative test.

This understanding includes the commitment that the Twenty-seven would not impose additional conditions on the European holders of this certificate, but several of the partners have begun to move away from what was agreed for fear of an upturn in cases and the proximity of Christmas

The first country to require a negative test outside of the vaccination certificate to enter its territory was Portugal, since December 1, and Ireland followed suit on December 5. For its part, Italy announced on Tuesday that it will impose a five-day quarantine for passengers from EU countries who are not vaccinated and a negative test for those who are inoculated.

The decision of the Government of Mario Draghi, without prior notice to its partners or to Brussels despite the commitment to do so, has caused astonishment in some of the member states that await explanations at this summit.

The foreign part will be marked by tensions with Russia after the military deployment on the border with Ukraine has set off alarms about a new invasion of the neighboring country, after the precedent of Crimea in 2014.

The EU has sent warning messages to Moscow about the high political and economic cost of any aggression against Kiev and is already preparing an arsenal of unprecedented sanctions aimed at short-circuiting its economy.

In any case, the Twenty-seven do not want to take a wrong step and although they prepare the answer, they are focused on not aggravating the tensions.

In Brussels, they consider that any untimely measure could serve Russia to justify an action, so they insist on keeping the channels open with Moscow to help alleviate the crisis.

The long agenda of the European Council, reduced in time from two to a single day due to the epidemiological situation throughout the EU, includes other issues that concern some of the partners but for which the reflection is framed more in the long term and not They expect extensive discussions, such as the external dimension of the common migration policy or the situation of energy prices.