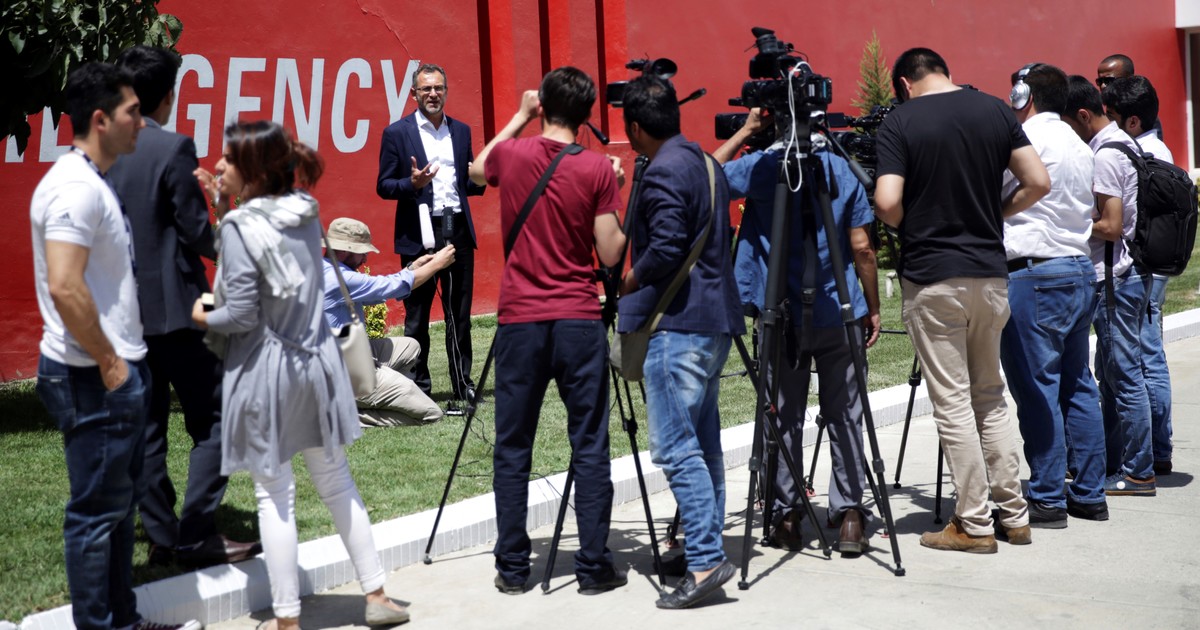 Reporters Without Borders (RSF) published a report this Thursday in which it reported a 20 percent increase in the number of detained press workers Worldwide. The Paris-based organization recorded 488 cases of journalists who lost their freedom in the performance of their professional duties.

Another unprecedented and alarming number was also known: of the total of detainees, 60 are women. According to the RSF, these data are the reflection of “the amplification of an increasingly implacable repression against independent information”.

“Never since the creation of RSF’s annual balance in 1995 has the number of jailed journalists been so high,” explained the statement from that organization.

Mexico and Afghanistan continue to be at the forefront of countries where it is more dangerous to exercise the profession, according to the same report. The return of the military junta to power in Burma, the hardening of the situation in Belarus and China’s heavy hand in Hong Kong largely explain the historical worsening of the situation.

China remains as the world’s largest prison for journalists, with 127 of them behind bars in the most populous country in the world, while Burma reaches second place, with 53, ousting Vietnam (43) and Saudi Arabia (31), which has also been surpassed by Belarus (32).

Compared to 2020, the number of incarcerated female informants has increased by a third. The case of Zhang Zhan, a Chinese journalist, in critical condition stands out.

In Belarus, more women (17) than men (15) were arrested this year, including Daria Chultsova and Katsiarina Andreyeva, sentenced to two years in a penal colony for having broadcast an unauthorized demonstration live on a television station.

The Islamic State group is the main scourge for reporters, with 28 of them in their hands, followed by the Yemeni Houthi militia, with 8, and the Levant Liberation Agency (Hayat Tahrir al Sham) of Syria, with 7.

Added to them is the disappearance of two journalists in the Mexican state of Sonora. They are Jorge Molotzin Centlal, of whom there has been no news since March 10, and Pablo Felipe Romero, missing since March 25.

The RSF report highlighted, in contrast, that the number of murdered journalists, also exercising their tasks, was the lowest in 20 years.

RSF attributes the drop in the number of journalists killed to “the evolution of regional conflicts” in Syria, Iraq or Yemen, with a “stabilization of the fronts” after particularly deadly years that set a record in 2016.

Since 2003, the organization’s annual balance had not registered fewer than 50 fatalities. Both journalists who died in conflict zones and those who were the direct targets of their murderers were killed.

Mexico, for the third consecutive year, remained the main danger zone, with seven victims bringing the number registered in the last five years to 47.

“Fueled by almost total impunity, and in the absence of courageous reforms by successive governments (…), the spiral of violence seems endless,” the report denounces.

In Afghanistan, meanwhile, six journalists died during the year in attacks and bombings. The Asian country, torn by decades of violence, has the same number of deaths as Mexico in the last five years.

RSF also pointed out that three out of five murdered journalists fell in countries that are not officially at war and points to two cases in the European Union: the Greek Giorgos Karaivaz, who was investigating police corruption in his country, and the Dutch Peter R. de Vries, a specialist in organized crime.

This is the deadliest year in Europe since 2015, marked by the attacks on the French satirical weekly “Charlie Hebdo” that killed eight journalists.

With information from EFE and AFP