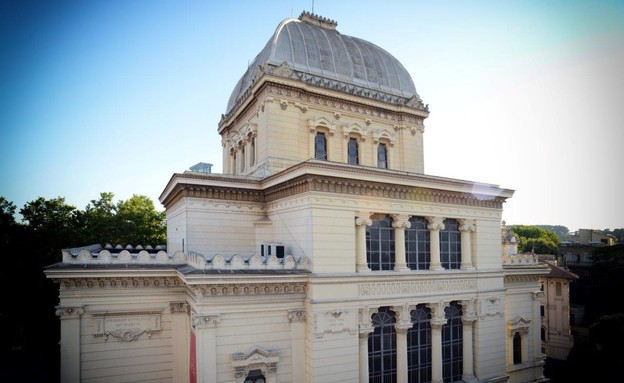 After almost 40 years of turning a blind eye – a commission of inquiry will be set up: The Italian government yesterday (Wednesday) opened an investigation into suspicions of turning a blind eye and ignoring Palestinian terrorism against Jews. The investigation was opened about a week after a series of documents were revealed in the Italian media attesting to the government’s silence in Rome.According to the outrageous publication, the Italian government knew of an intention to carry out an attack that was about to take place in a synagogue in Rome in 1982, but did not worry about the place. A two-year-old baby was killed in the attack. The main argument against the government then is that it decided not to act because there was no fear of harm “to Italian targets”.

“After 39 years since the terrorist attack in the synagogue of Rome, it is time for us to hear the truth,” said Enrico Borgi, a member of the Italian organization investigating the connection between the Italian Senate and the Copacir security bodies, a parliamentary committee on security. It was the committee that sought to reopen the investigation into the attack that took place in a synagogue in Rome 39 years ago.

“We are once again seeing extremism, a country that wants to secure its future – must deal with the past,” he added – after the commission of inquiry began its activities. “We asked the internal security organizations for information and new evidence regarding the attack on the synagogue. We saw that there were too many things we needed to reveal and it was impossible to continue to hide them.”

Burgini tells the Italian newspaper that “there is a moral element to the issue, a country must deal with the past. Regarding this terrorist incident, in our opinion – there was rendering here. It is a moral obligation to deal with the issue because of those involved. We also need to show the truth to our child.” He added: “We are talking about events that took place years ago – but we have not forgotten. History that repeats itself may repeat itself. An investigation will be a vaccine against taking such actions again.”

All the details on the affair

The series of shocking documents that have been denied for decades and recently published, confirm heavy accusations that the world heard about only in a hint from former Italian President Francesco Cosiga in an interview with the Israeli media in 2008.

In an interview with Yedioth Ahronoth, Kosiga spoke of information that could trigger an “earthquake.” Cusiga claimed that Italy had given Palestinian terrorists permission to harm Jewish sites in Italian territory as part of an agreement known as “Ludo Moro.” According to the agreements, in exchange for turning a blind eye to terrorist activity – the Palestinians will promise not to harm Italian targets in Italian territory or Italian targets abroad, provided they have nothing to do with Zionism or the State of Israel. To kill Jews who are in contact with Israel. “We sold you,” he said.

Italy ignored the allegations made by Cusiga in 2008. Officially, these documents did not exist and the “Ludo Moro” agreement was considered a ghost. Italian officials have described Cusiga as “elderly and insane” and trying to take revenge on his former colleagues. Cusiga was not crazy or vindictive, and the documents revealed in the Italian media confirm that he was right. The attack on which the president spoke was the attack on a synagogue in Rome on October 9, 1982, in which Stefano Guy Teca, a two-year-old boy, was killed and 37 other people were injured. The possibility of carrying out a terrorist attack in the synagogue arose in the reports of the Italian secret service as early as June 18, 1982.

The findings of the 1982 investigation show that five terrorists carried out the attack. Four of them were not caught and the fifth, Abdul Osama al-Zimmer, a Palestinian student in Italy, was arrested on the Turkish-Greek border with 15 kg of explosives. His Italian girlfriend said he admitted to planning the attack in the synagogue. 1991, but without the “Ludo Moro”, the secret agreements with the Italian government, were mentioned in the trial.