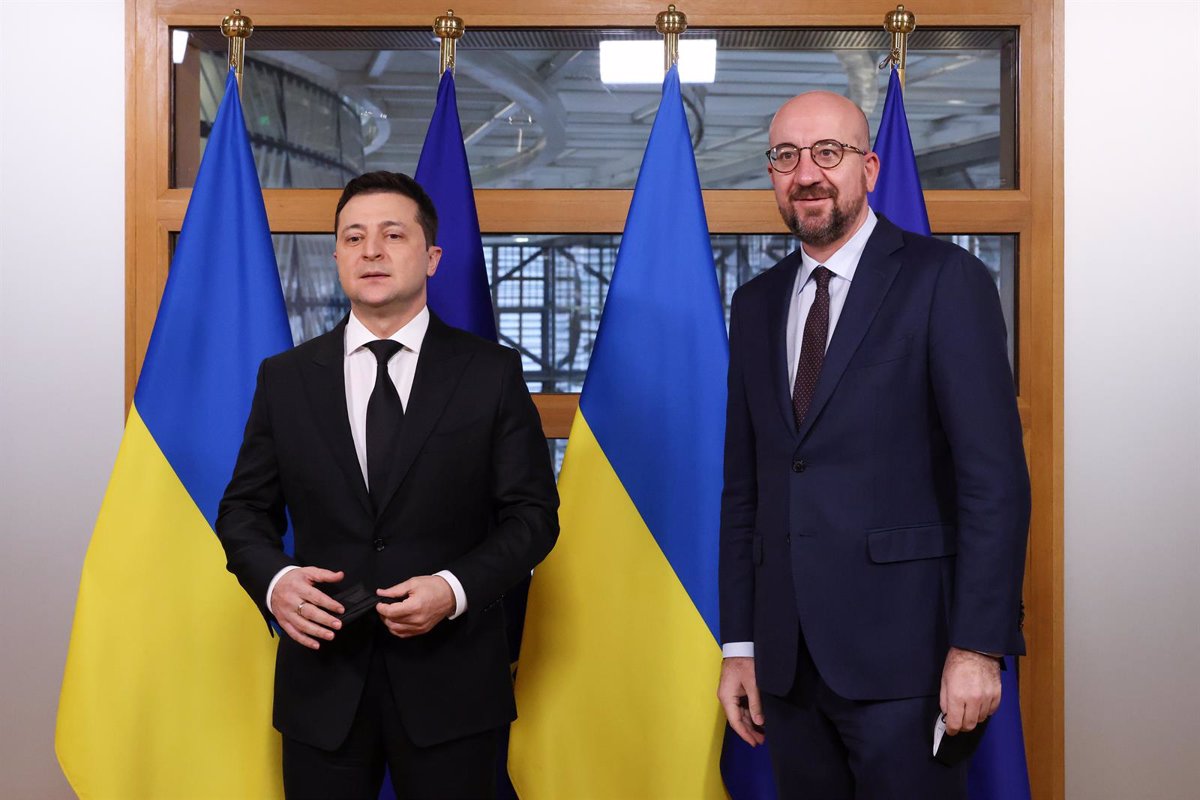 They warn Belarus of new measures for the instrumentalization of immigration

The leaders of the European Union have agreed on Thursday to respond to a Russian aggression against Ukraine with harsh sanctions, in a message to Moscow that any military action against its neighbor will have “great consequences” and will have a high price.

The EU’s response to the tension on the Ukrainian border due to the Russian military deployment has been the subject of debate for three hours at the summit of heads of State and Government of the bloc, after it was already discussed at the summit with the Eastern European countries at Wednesday’s special summit.

After the discussion, which has taken place behind closed doors and without motives to guarantee its confidentiality, the leaders of the Twenty-seven have underlined in conclusions that any Russian aggression against Ukraine will have “great consequences and a heavy cost”, “including coordinated restrictive measures with partners “.

The Russian military deployment on the border has set off alarms about a new Russian invasion of the neighboring country. Faced with this, European leaders have reiterated their commitment to the territorial integrity and sovereignty of Ukraine and have insisted that Russia must “reduce tension” on the border and “cease aggressive rhetoric.”

Likewise, they have emphasized promoting diplomatic efforts and channeling the crisis through the Normandy Quartet format, in which France and Germany mediate with Russia and Ukraine.

As regards Belarus, the 27 have also warned their president, Alexander Lukashenko, that they are ready to “take further action if necessary” outside the five rounds of sanctions that have already been passed against the regime, the last of them on December 1.

European leaders have “strongly condemned Minsk’s instrumentalization of migrants and refugees” as well as “the humanitarian crisis it has created.” In this regard, they have made it clear that “the EU will continue to counter the hybrid attack launched by Belarus with a determined response that addresses all dimensions” of this crisis.

At this point, they have stressed the importance of applying “quickly restrictive measures, after the adoption of the fifth package” of sanctions and of “being prepared to adopt additional measures if necessary.”

They have also had an impact on the protection of the EU’s external borders, including the strengthening of the legal framework. They also consider it important to combat human trafficking, guarantee the access of international organizations to Belarus and increase humanitarian support to this country, as well as supporting the voluntary return of migrants essentially arriving from Middle Eastern countries to Belarusian territory.

On the other hand, European leaders have called for “the immediate and unconditional release of all political prisoners” in the country and “an end to the repression of civil society and independent media.”

In this sense, they have reiterated that Belarusians have the right to “elect their president through new free and fair elections”, since they do not recognize Lukashenko’s victory in those of August 2020, in which he obtained his sixth term and that the opposition denounced that they were rigged.

With regard to security, the 27 have stressed their commitment to “work closely with NATO” and have made it clear that cooperation between the two blocs and the transatlantic relationship “are key to our global security.”

In any case, he stressed that “a stronger and more capable European defense will contribute positively to global and transatlantic security and is complementary to NATO.” “The European Council supports the strengthening of the strategic partnership between the EU and NATO and awaits the third joint declaration” on the cooperation between the two blocs.

Currently, the EU and NATO are negotiating the declaration that governs their relations. Brussels, which has a deadline until the end of the year, trusts that this document can be closed as soon as possible.

Such a declaration, European leaders have stressed, must be prepared “in an inclusive way, addressing new threats and challenges and include, as areas of enhanced cooperation, resilience, cyber and hybrid threats, climate change and security, space and emerging and disruptive technologies “.

In addition, at the summit, the leaders gave the go-ahead to the first draft of the ‘Strategic Compass’, the defense strategy for the future of the EU, presented by the EU High Representative for Foreign Policy, Josep Borrell, and They have pledged to re-discuss security and defense at the March Council with a view to approving the plan.