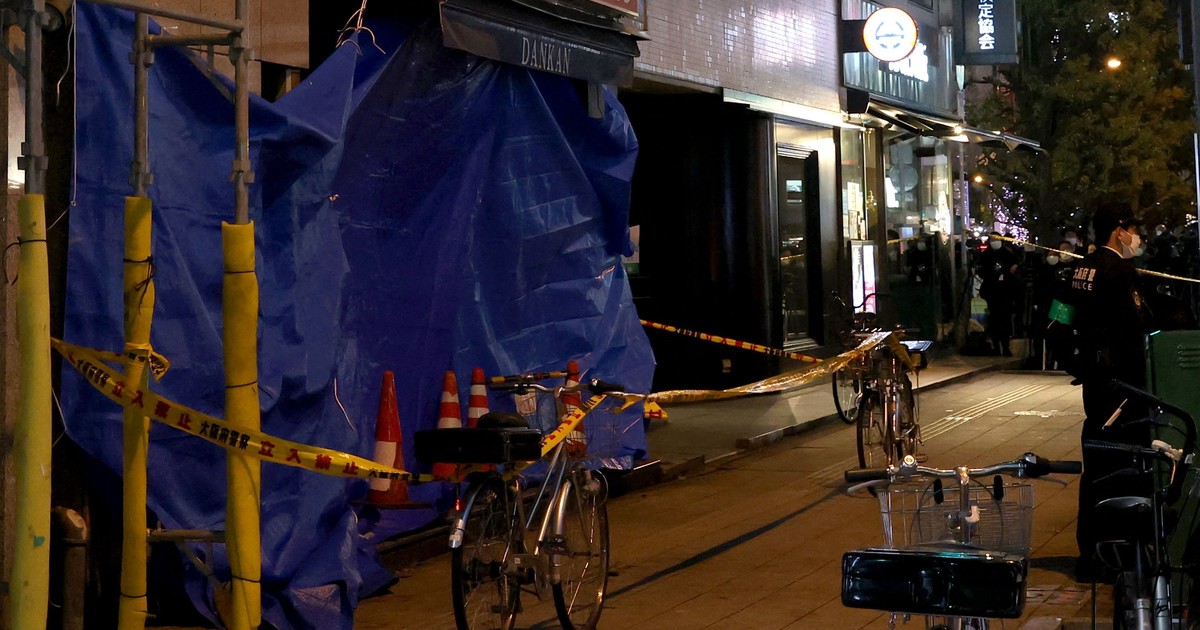 At least 24 people died this Friday in a fire at a mental health clinic located in a commercial building in the Japanese city of Osaka, Japanese media reported, while police study if the incident was intentional.

Hours earlier, an Osaka fire department official had told AFP that 27 people had been transferred to a hospital in a situation of cardiac arrest, a formula commonly used in that country before a doctor officially certifies a death.

The fire was registered shortly after 10.15 a.m. local time on the fourth floor of the building and it was extinguished after half an hour, said the person in charge.

Television images showed dozens of firefighters working inside and outside the eight-story building after the fire, which occurred in a commercial district of the country’s second largest metropolis, was extinguished. In the middle of the day, they had arrived about 70 fire trucks.

The charred interior of the fourth floor of the building was clearly visible through the broken windows. That floor housed a clinic that offered general medical and mental health services, local media reported.

The cause of the fire is not yet known, but local media reported that investigators, with the help of police sources, are tracking an arson.

According to various media, a man would have spilled a flammable liquid on the site. Most of the victims died from carbon monoxide poisoning.

A middle-aged woman who witnessed the fire told NHK that there was “a lot of black smoke … and a very strong smell too.”

Another witness claimed that a woman trapped on the fourth floor “leaned over [por la ventana] and yelled things like ‘Help me. It seemed very weak. Maybe he inhaled a lot of smoke, “he said.

“We must get to the bottom of this horrible case, clarify why and how it happened. And we must take steps to prevent it from happening again, “Kishida said.

Deadly fires are rare in Japan, a country with strict construction regulations and low crime rates.

Still, a year ago, a man was charged in the 2019 arson at a Kyoto animation studio that killed 36 people, the country’s deadliest crime in decades.

In 2008, a similar attack at an Osaka video store killed 16 people. Its author is now on death row.