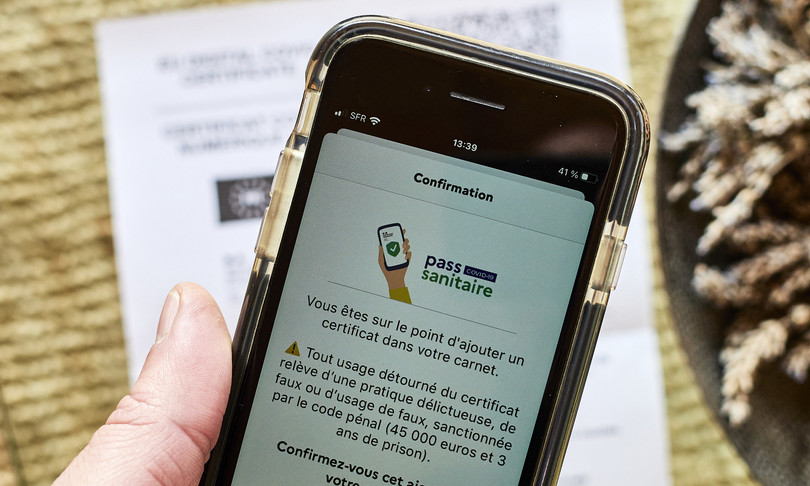 In France the health pass it will become a vaccination pass in early 2022: premier Jean Castex announced at the end of the meeting of the Health Defense Council. In this way, only those who have completed the vaccination cycle will be able to have the pass: a negative test will no longer be enough for the unvaccinated.

The recall of the vaccine against Covid “will be possible as soon as we have exceeded the period of 4 months compared to the previous dose and no more than 5 months”, explained the premier.

“It is not permissible that i about six million French who refuse to get vaccinated endanger the life of an entire country“, Castex underlined, specifying that” with the President of the Republic, Emmanuel Macron, we decided to submit a bill to Parliament at the beginning of January to transform the health pass into a vaccination pass and to tighten controls and sanctions against false passes“.

The rapid spread of the Omicron variant of the new coronavirus has meanwhile led Britain to register a third consecutive case record, with 93,045 infections in the last 24 hours.

From South Africa, to which everyone looks because it is the country where the highly mutated variant of Covid-19 was first identified, however reassuring news arrives: compared to previous waves, despite an all-time high in infections, the number of deaths and hospitalizations in intensive care is lower, the health authorities say; the vaccine and the natural immunity given by previous exposure to the coronavirus appear to protect against the most severe symptoms recorded in the three previous waves; and the number of people needing oxygen appears to be lower than in the past.

Even Portugal, where the Omicron variant could account for 80% of all new cases by the end of the month and which has one of the highest Covid vaccination rates in the world, deaths and hospitalizations are significantly lower than at the worst time of the pandemic in February.

In Europe, however, new restrictions continue to apply. Paris’s sudden decision to wreak havoc among travelers prevent unnecessary travel between France and Great Britain from midnight on. The announcement forced thousands of French to rush to change reservations to avoid being subjected to quarantine once they returned home.

Denmark, also struggling with a record number of cases, has ordered the closure of cinemas, theaters and concert halls, amusement parks, museums and galleries. The closure of bars and restaurants has been brought forward to 11pm and alcohol will not be served after 10pm. The Copenhagen executive now intends to ask Parliament to approve the closure of other venues, such as amusement parks, convention centers and museums .

Germany has classified France and Denmark as “areas of high transmission risk”. Unvaccinated people from both countries will be quarantined starting Sunday. The same rules will apply to travelers arriving from Norway, Lebanon and Andorra.

Irish Prime Minister Micheal Martin has announced a curfew at 8pm for pubs and restaurants starting next Sunday and running until January 30, 2022.

On the other hand, the restrictions that will be introduced in Switzerland from Monday 20 December mostly concern the unvaccinated. Only those who demonstrate that they are immunized or have had Covid-19 will be able to access restaurants, sports and cultural activities and any other closed-door event. The gatherings indoors will be limited to 10 people if there is an unvaccinated one among them. Also reintroduced the obligation to telework when possible.