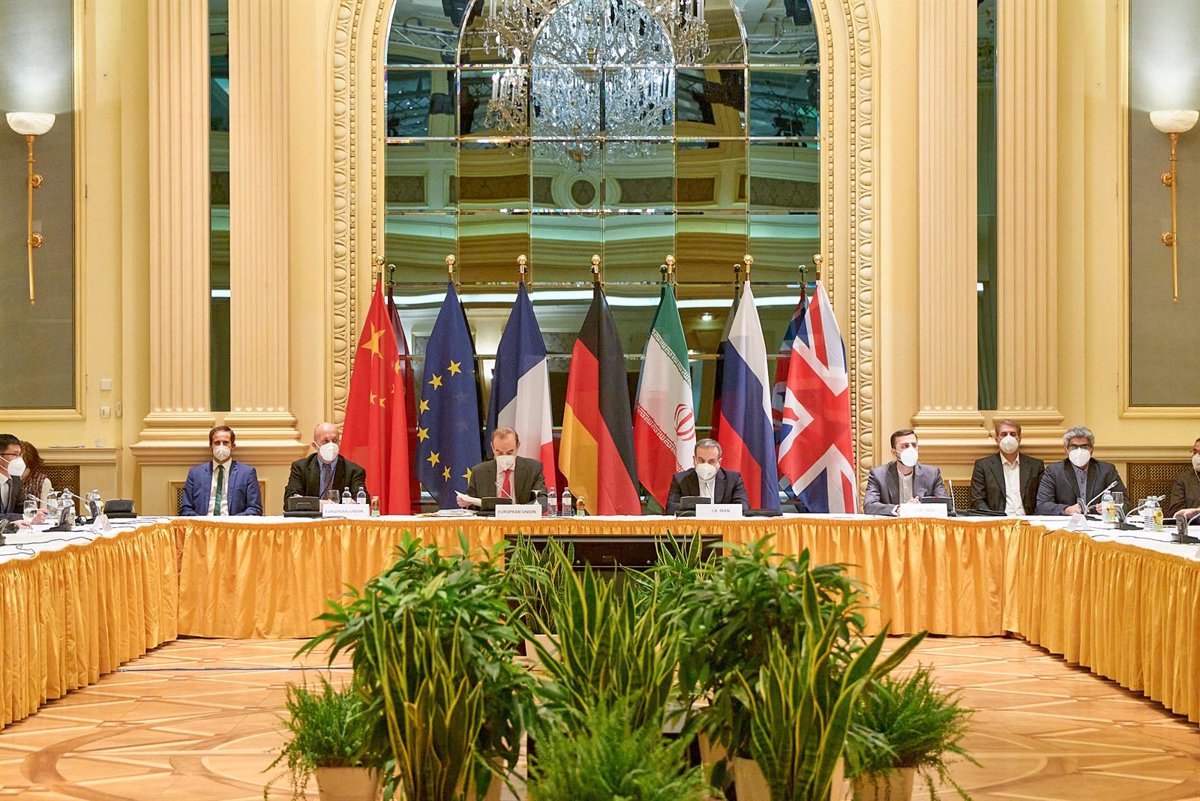 The United States has admitted that the seventh round of negotiations on the nuclear deal with Iran has been “better than could be expected” and calls the progress “modest” and “surprising” the decision of the Iranian authorities to conclude this Friday. with the joint commission talks in Vienna.

“All of this takes place in circumstances where time is running out due to the pace of the nuclear program. We cannot accept a situation where Iran crawls to the negotiating table and picks up the pace. So we made some advances, not them. enough, and certainly at a rate that will not be enough to get to where we need to go before Iran’s nuclear advances turn the JCPOA into a corpse that cannot be revived, “a State Department official said in a subsequent statement. to the press conference this Friday.

For his part, the head of Iran’s negotiating delegation in Vienna, Ali Baqeri Kani, has pointed to “good progress” during the contacts this week and has indicated that the meetings will resume “after a break of a few days.”

“After our consultations with other delegation, I met yesterday with (the ‘number two’ of the High Representative for EU Foreign Policy, Josep Borrell) Enrique Mora to assess the situation and discuss the way forward,” said Kani.

This morning, at a press conference, the deputy spokeswoman for the State Department, Jalina Porter, said that “the seventh round of talks in Vienna stopped today”, ending the session: “Special envoy Malley (the architect of the 2015 Iranian nuclear deal) and their interagency delegations will return to Washington over the weekend. ”

ABOUT KARAJ AND THE SECURITY CAMERAS

On the uranium centrifuge factory in Karaj, on the outskirts of Tehran, the US official agreed with the head of the United Nations nuclear agency (IAEA), Rafael Grossi, who said on Friday that the agreement is “positive” . In the same terms, the United States has spoken, which sees it as good news, as has the Iranian Foreign Minister, Hosein Amirabdolahian, who described it this Wednesday as “a good agreement.”

“It is an important and welcome step, but it is not a step that we should exaggerate, because this is the third time that Iran has agreed with the director general. And this time we were close to calling an extraordinary meeting if Iran had not accepted these terms,” the US official said at a press conference.

Grossi on Friday asked the Iranian authorities to provide a convincing response on the disappearance of security recordings from the uranium centrifuge factory.

The place has long been a representation of the deterioration of the nuclear agreement, which was signed in 2015 between Iran and the international community. Since the US withdrawal on the orders of then-President Donald Trump, Iran has seen US sanctions resumed. In response, the Islamic republic has increasingly disengaged from its commitments.

The particular case of the Karaj recordings is that it is not technically part of the agreement, according to Iran. The facility, according to Tehran, is the “scene of a crime” of an Israeli attack that occurred in June that led to the replacement of security cameras and recordings that the UN agency often uses to investigate the development of the nuclear program. Iranian. Now some of the footage appears to have disappeared.

ABOUT THE EUROPEAN UNION

“We do not have months left, we have weeks to reach an agreement,” the chief negotiator of the European Union on the Iran nuclear agreement, Enrique Mora, has warned this Friday, who has considered that the time for the talks in Vienna to bear fruit For the full reactivation of the nuclear agreement with Iran, it is ending, after attending the last meetings in Vienna this Friday, as coordinator of the talks between Iran, the United States, Germany, France, the United Kingdom and China.

Despite the small steps that have been taken in the negotiations, the State Department official has also referred to joint work with the European Union and warned that much remains to be done.

“Thanks to the diplomacy of the European Union we now have a common understanding of what will be the text that will serve as the basis for the negotiations on nuclear issues. I caution that we must curb our enthusiasm because we are now, at best, where we were. last June, and what we have done is define the elements of the agenda that should be discussed. They have not been debated, much less resolved in this round. Therefore, what we have is an agenda of topics to examine, not an set of solutions to accept. There is still a lot of work to be done, “he said.

The European Parliament on Wednesday supported the nuclear agreement with Iran and warned of the risk of abandoning the arms control and non-proliferation treaties. In a report adopted by the European Parliament, MEPs have called for steps to reduce and eliminate all nuclear arsenals and create the conditions to achieve a world free of nuclear weapons.

Finally, the US official also spoke about nuclear arsenals, highlighting that the IAEA reports “make it clear”: “They are getting rich with more advanced centrifuges that they have been installing more recently in Fordow. And they have put obstacles to it. the work of the IAEA. Again, there were some declarative advances that were made in the agreement between the IAEA and Iran. But on almost all fronts, we are seeing a downgrading of the commitments that Iran has made as part of its return. ”

At the moment there is no date for the eighth round of negotiations. The US official has assured that Mora is already consulting all parties “to see when they would be willing to return,” which, according to him, will not take long to be made public.