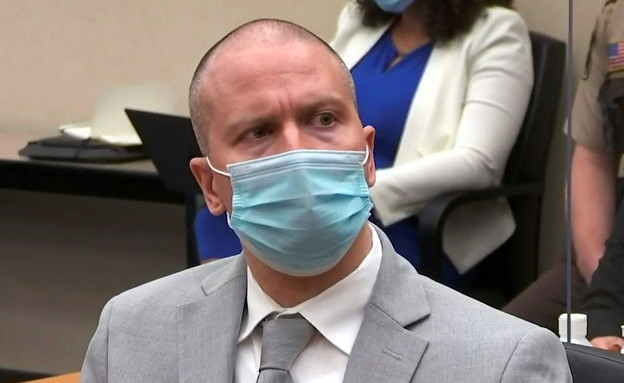 The Minneapolis court yesterday (Friday) sentenced former policeman Derek Chauvin, who was convicted of the murder of George Floyd, to 22 and a half years in prison. It is estimated that he will want two-thirds of his sentence – 15 years after deduction. He is expected to be released from prison at the age of 60 at least.

CNN commentators expressed disappointment with the sentence, after estimating that Chauvin would get between 30-25 years. They called for the prosecution to appeal the sentence and try to aggravate the sentence imposed on him. President Joe Biden responded to the court’s decision, saying the sentence “seems appropriate.”

A media statement issued by George Floyd’s family read: “This historic trial brings the Floyd family and the nation one step closer to healing by taking responsibility. Responsibility has finally been imposed on A policeman who took the life of a black man unjustly. “

The statement added: “Day after day, year after year, the police kill black people without any consequences. But today, with Chaubin’s sentence, we are taking a significant step forward – something that could not have been imagined until a moment ago. ”

Floyd’s murder case that shocked the U.S. occurred on May 25, 2020. Floyd, a 47-year-old black man, tried to use a counterfeit bill in a Minneapolis store but was caught, and police arrived at the scene at the seller’s request. And pinned him to the floor, placing his knee on his neck and applying great pressure.

Passers-by documented the incident and Floyd’s call for help. Although he complained several times that he could not breathe, Chaubin did not move. After about eight minutes of suffocating slowly, Floyd died. Following the incident, many demonstrations broke out demanding justice and against racism in dozens of cities around the world and in the US in particular. The video documenting the event went viral around the world, provoking huge outrage.