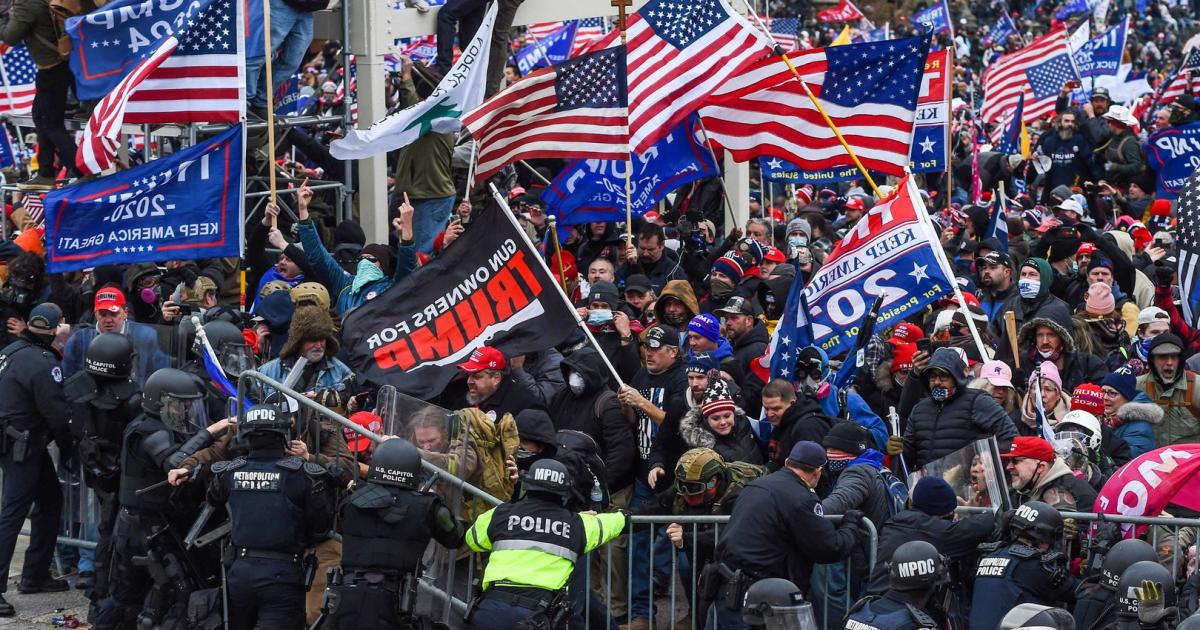 A US court has imposed the harshest sentence to date against a supporter of former US President Donald Trump for storming the Capitol in January. Federal Judge Tanya Chutkan sentenced Trump supporter Robert Scott Palmer to five years in prison for attacking police officers. Videos showed Palmer throwing planks, a fire extinguisher and other objects at the police in front of the Capitol.

The 54-year-old did not make it to the Capitol itself after officials stopped him with pepper spray and rubber bullets. The man was unsuccessful with a request for extenuating circumstances due to a difficult childhood and a handwritten apology. In it he had written that the “tyrannical” Trump had misled him and others into attacking parliament by lying.

Prosecutors pointed out, however, that even after his guilty plea in early October, Palmer had defended his actions and identified the police as the attacker on a donation website he had set up.

The harshest sentence to date for the attack on the Capitol was 41 months in prison for two men charged with obstruction of an official trial. However, they were not accused of attacking law enforcement agencies.

More than 700 people were charged in connection with the attack, most of them minor offenses such as illegally entering the Capitol. However, several dozen are charged with assault, carrying lethal weapons and conspiracy, all of which could result in heavy sentences.