He is one year old, still cannot walk, and only crossed the Mediterranean Sea to become a refugee 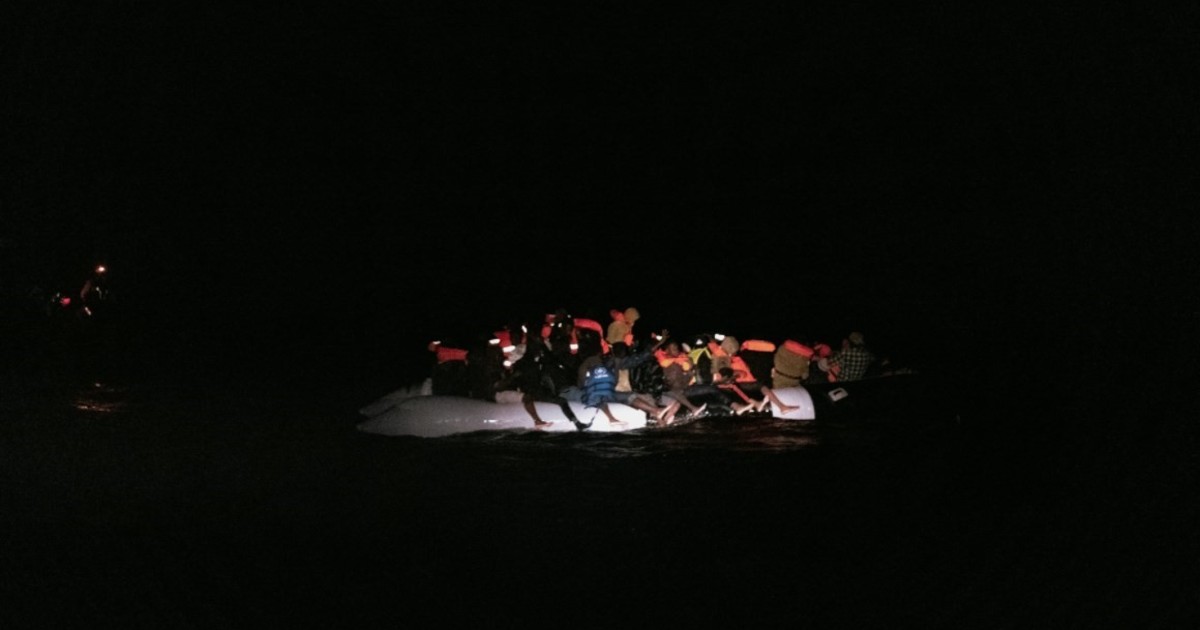 The drama of the refugees does not stop and he left another chilling postcard. A one-year-old baby was sent by his parents to cross the Mediterranean Sea alone. Miraculously, he arrived safely on the Italian island of Lampedusa.

The episode became known this Friday when a group of rescuers were astonished to find the boy alone in the middle of about 70 men in a boat that arrived on the island of archipelago of the Pelagias, located 124 kilometers from the African coast of Tunisia.

“He crossed the Mediterranean before he even learned to walk. He faced only the waves… too young to tell us his name and his story, “slipped one of the lifeguards, according to statements reproduced by The Republic.

The other migrants, meanwhile, did not know the identity of the little boy who was part of the more than 500 people who came to the island in seven different landings in the last two days.

According to Italian media, the baby’s parents begged the rest of the migrants to keep him safe during the dangerous journey, possibly because they were prevented from boarding with him.

The migratory crisis worsens over the years. Cyprus, Greece and the Italian islands of Lampedusa and Sicily are the ports of entry to the European continent for the majority of people who cross the Mediterranean from the Middle East or North Africa.

Migrants and refugees of various African nationalities await assistance aboard a crowded wooden boat in the Mediterranean. Photo: File – AP

According to the International Organization for Migration (IOM), about 1,340 people died trying to cross the Central Mediterranean so far this year.

The Italian Prime Minister, Mario DraghiHe noted that in Italy “monthly landings have never fallen below 6,900 a month since July and reached a maximum of more than 10,000 in August.”

This December 18, the International Migrant Day, proclaimed by the United Nations General Assembly.

“The lack of legal and safe routes to cross the Mediterranean claimed more than 1,300 lives in 2021. No one risks their life to cross the sea if they have the choice,” Médecins Sans Frontières published on Twitter, along with a video where they shows the drama of refugees.

At the beginning of December, Pope Francis made a five-day tour of Cyprus and Greece to make visible the migration problem in the region.

In this context, the pontiff visited the Lesbos refugee camp, which is home to 2,500 migrants, most of them Afghans, along with others from other countries in Africa and Asia. He claimed to stop “this shipwreck of civilization” by calling for immigrants.

On his return to the Vatican, he demanded that European leaders “agree” on the distribution of migrants among the countries of the continent.

“Every government must clearly say ‘I can receive so much’, because the rulers know how many migrants they can receive. Migrants must be welcomed, accompanied, promoted and integrated,” he said in dialogue with journalists on the return flight from Athens to Rome.

In addition to the one-year-old baby, another who arrived in Lampedusa was a 14-year-old boy whose mother drowned when she fell during rescue efforts.

“She was traveling in a boat with 25 other people, including her son, who saw her drowning,” she lamented. Doctors without borders on his Twitter account.

Last night a woman lost her life during a rescue off Lampedusa island. She was travelling on a boat with 25 other people, including her son who saw her drown.
Another preventable loss on Europe’s doorstep, another life claimed by irresponsible migration policies.

“Another avoidable loss at the gates of Europe, another life claimed by irresponsible immigration policy,” they added.

This Thursday, the Geo Barents boat operated by MSF rescued 49 people, including women and children, who were aboard an inflatable boat in the central Mediterranean.

“They had been at sea and in the cold since the early hours of Thursday morning,” they warned.

The photo of pain that shook the world

The image of Aylan Kurdi lying face down on a beach in Turkey.

On September 2, 2015, the photograph of the corpse of a 3-year-old Syrian boy, who was trying to reach the Greek island of Kos, together with his parents and brother, caused a huge shock in the world, shedding a bloody light on him. drama of hundreds of thousands of refugees.

The photo became the tragic symbol of the migration crisis and the horror that Syria suffered in the middle of the war. Aylan Kurdi was three years old when he drowned trying to reach Europe with his family. His image, lying face down on a beach in Turkey, went around the world.

Aylan drowned with her older brother Galip and her mother Rehanna when their inflatable boat sank in the middle of the Aegean. Only the father, Abdullah, survived the wreck of the precarious boat.

Like hundreds of thousands of Syrians, the Kurdi family fled the war that has been bloodying their country since 2011 and the advance of the jihadist group ISIS in the Kobane region where they lived.

Aylan drowned with her older brother AND her mother when their inflatable boat sank in the middle of the Aegean. Photo: AFP