“Inevitable”: Before Christmas – The Netherlands enters a full lockdown 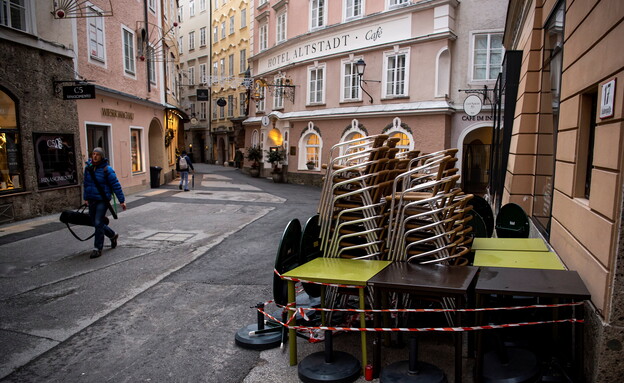 As fears of widespread spread of the omicron variant hover in the air, the Netherlands will today (Sunday) enter a tight and strict lockdown in an attempt to curb the country’s morbidity. Prime Minister Mark Rutte announced the drastic move and warned: “Failure to act now will lead to an uncontrollable situation in hospitals.” This makes the Netherlands the second European country to impose a closure recently as part of the fight against the plague, after Austria did so about a month ago.

“The Netherlands is entering a strict closure for the Christmas and New Year period, to try to curb the highly contagious corona variant, the omicron,” Rota said. “Failure to act now will likely lead to an uncontrollable situation in hospitals, which have already reduced their usual treatment to make room for corona patients.”

Under the guidelines, which will take effect today, all non-essential shops and services – including restaurants, hairdressers, museums and gyms – will be closed until 14 January. Also, schools will remain closed until January 9 at least.

Furthermore, the Dutch government has advised citizens not to accept more than two visitors, and gatherings in the open space will also be limited to a maximum of two people. “The Netherlands is closing again. This is inevitable because of the fifth wave coming to us with the Omicron,” Rota explained at a news conference.

Racheli Lavie, an Israeli living in Amsterdam, told the N12 about the atmosphere in the Netherlands in view of the tightening of restrictions: “Very frustrating. “And we got it with full understanding, but now the whole economy is completely closed. We are seriously considering flying to another place for a few weeks to pass this period.”

The dramatic move comes precisely after a decline in the number of those infected in the country in recent weeks, a decline that has been greatly affected by the imposition of a night closure at the end of November. Lavie was surprised by the tightening of restrictions in light of the improvement in morbidity data: “Although there are many cases of infections, but the green mark is very strict here, tourism has dropped significantly and it seems that the new strain does not cause serious illness like its predecessors. .

According to experts in the country, the new variant is expected to become the most dominant version of the virus in the Netherlands, precisely between Christmas and New Year’s Eve. Although more than 85% of the adult population in the Netherlands is vaccinated, less than 9% of adults have received boosters – one of the lowest rates in Europe.

Sad holiday: additional restrictions in Europe
Not only the Dutch are trying to slow down the spread of the omicron – in France and Cyprus for example have tightened travel restrictions. Moreover, some countries have decided to limit cultural and leisure events, precisely when Europeans are preparing for Christmas and New Year’s Eve.

In Paris it was decided to cancel the fireworks celebration on New Year’s Eve. The Danish government has closed theaters, concert halls, playgrounds and museums. Ireland decided to take another step and imposed a night curfew on pubs and bars that will take effect from 8pm. In addition, a limit on attendance at events in a closed and open space was defined.

The Prime Minister of Ireland, Michael Martin, expressed empathy for the frustration of the citizens and said: “All this is not easy, we are all exhausted from the corona and the restrictions. The twists, disappointments and frustrations come at a heavy price – but this is the reality we face.”