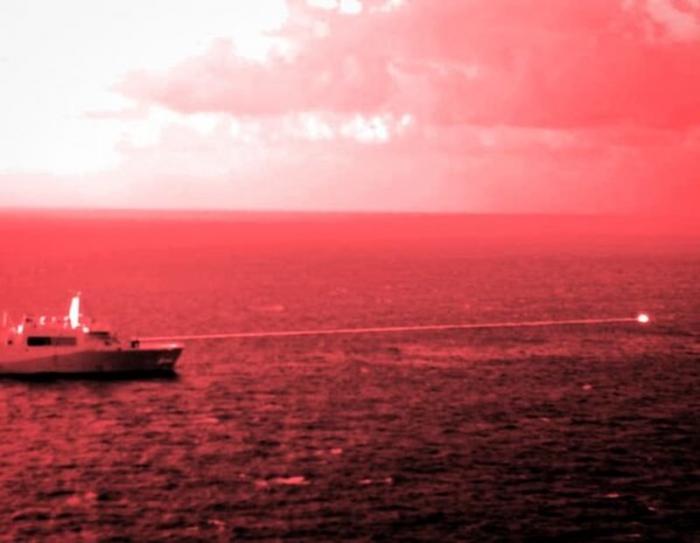 The U.S. Navy’s amphibious cargo ship ‘Portland’ last week unveiled a powerful laser weapon system in the Gulf of Aden. It is a solid laser-based weapon system installed on board the ship and sends a laser beam for a static space purpose.

In May 2020, a previous test was conducted on the system, in which it destroyed a laser weapon as a UAV in the Pacific. The LWSD weapon system is considered the most advanced of its kind, while the Portland ship is part of a fleet of amphibious alert ships, including assault and Marine Corps units.

The U.S. Navy explains that geographical conditions, climate and strategic importance are what constitute a unique environment suitable for technological innovations such as the marine laser. The area of ​​operational activity of the Fifth Fleet includes the Arabian Gulf, the Red Sea, the Gulf of Eden, the Gulf of Oman and areas in the Indian Ocean.