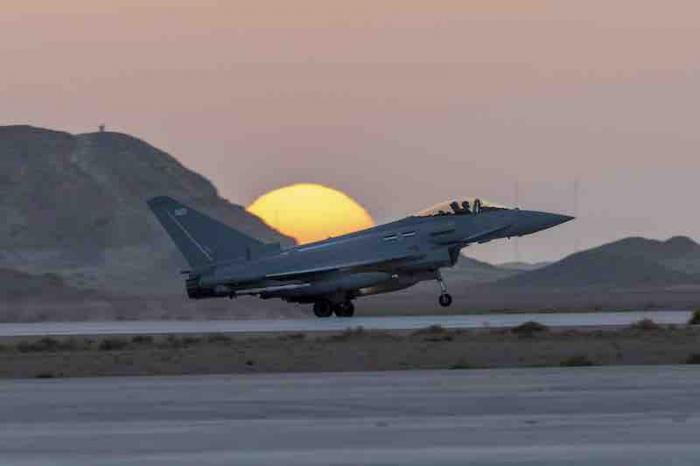 The British Air Force’s Eurofighter Typhoon ‘fighter jet shot down a “small hostile UAV” over Syria on December 14, the British Ministry of Defense announced in London.

The British fighter jet intercepted and destroyed an UAV that endangered coalition forces over the Tanf area, the British India said. The aircraft fired an AIM-132 short-range air-to-air missile at the UAV. The Ministry of Defense added that the incident was unprecedented, and this is the first people that a Typhoon launches a missile as part of Operation SHADE, a British contribution to the coalition against ISIS in Syria.

No details were given about the UAV, but Jains reports that it was an unmanned and unsophisticated aircraft found by various organizations in Syria. By Iranian-backed organizations.