Chile: ranks under the sun, called to participate and the vote of Boric and Kast 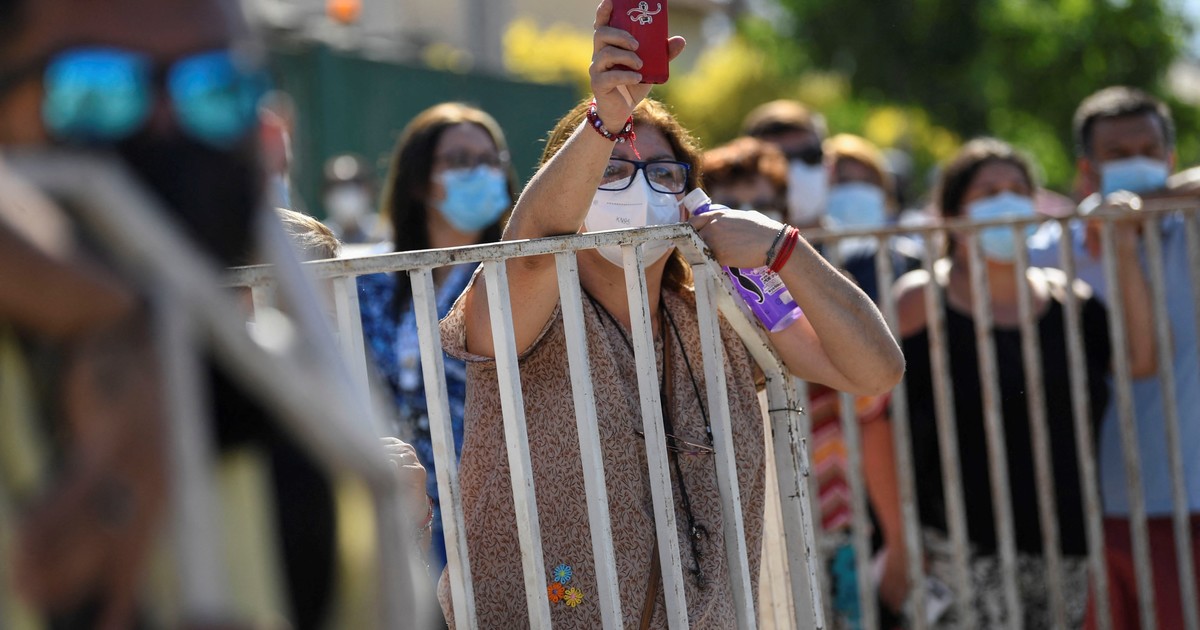 Chile woke up early this Sunday. Before 8 in the morning, when the voting centers opened, many were already prepared to go to elect the next president, in a duel that is expected to be tight. between two totally opposite models of country.

Before the sun showed all its fury, several schools in Santiago already had lines. With water bottles, hats and a great expectation, some 15 million people are on the roll to decide this Sunday if the next head of state will be the leftist leader Gabriel Boric, 35, or the ultra-conservative José Antonio Kast, 55.

One of the first to vote, as is tradition here, was President Sebastián Piñera, at the Estadio Municipal Las Condes, near where he lives.

The two candidates voted at exactly the same time, minutes after 9:30 a.m. Kast, in a school in the rural town of Paine, where he lives, on the outskirts of Santiago. Boric in his hometown, Punta Arenas, in the extreme south of the country. He planned to fly to the capital in the afternoon to await the results.

“This is going to be a narrow election and what we have proposed is that in the face of a narrow election, tWe have to wait for the results ”Kast noted after dropping his ballot in the ballot box.

“If that result is very narrow, clearly the proxies (of each candidate at the polling stations) have a role and this could be defined in the Electoral Councils “ that analyze the vote later, added the candidate who was first in the November 21 election, with 27.9% of the votes.

The lawyer and former deputy, leader of the conservative Republican Party, sparked controversy a few days ago by stating that if the result were very tight, as some polls indicated, the election it could be defined in court.

Wait for the results

From the south, Boric, a student leader who now heads an alliance that includes the Broad Front and the Communist Party, and who in the first round was just a few steps behind Kast, with 25.8% of the votes, assured for his part that he will recognize the result whatever it may be.

After voting, in dialogue with local media, the deputy who aims to become the youngest president in the history of the country insisted on his call to vote – in this country it is not mandatory, and in the first round only 47% voted of the register- and reiterated his campaign slogan, “May hope win over fear ”.

It is that this Sunday concludes a fierce electoral fight, which was characterized by the verbal attacks between candidates, disqualifications and accusations, and few programmatic proposals. For different analysts with whom he spoke Clarion These days in Chile, this was a campaign based on fear, on division.

“It is the most polarized election in 70 years”analyst Roberto Izikson, from the Cadem consulting firm, told this newspaper.

On one side, the fear of a supposed extreme left government was stirred, close to the regimes of Venezuela or Nicaragua, hand in hand with the Communist Party.

On the other, the fear of a repressive right, which violates human rights and minorities such as the LGBT community, due to the deeply Catholic and conservative positions of Kast.

“We are new generations that enter politics with clean hands, a warm heart but a cool head,” said Boric from Punta Arenas, in the Magallanes region, in an attempt to show solidity, in front of those who criticize him for his youth and inexperience.

“We are going to respect the result, whatever it may be, without installing cloaks of doubt,” said Boric. Although he immediately added: “But we are going to win (…) because we have the certainty of making a Chile more humane, more dignified, more egalitarian and that is what we are going to dedicate all our efforts to.”

In Santiago, meanwhile, in several neighborhoods there were long lines in front of the voting centers and some complaints about the lack of transportation public, that this Sunday is free to facilitate the mobilization of voters.

It is expected that on this day the delays that were seen in the first round will not be repeated, when several voting centers had to extend the hours beyond 6 in the afternoon because there were lines of people to vote. This time, however, the election is simpler: there are only two names to choose from, against seven in the first round, in which deputies and senators were also elected.