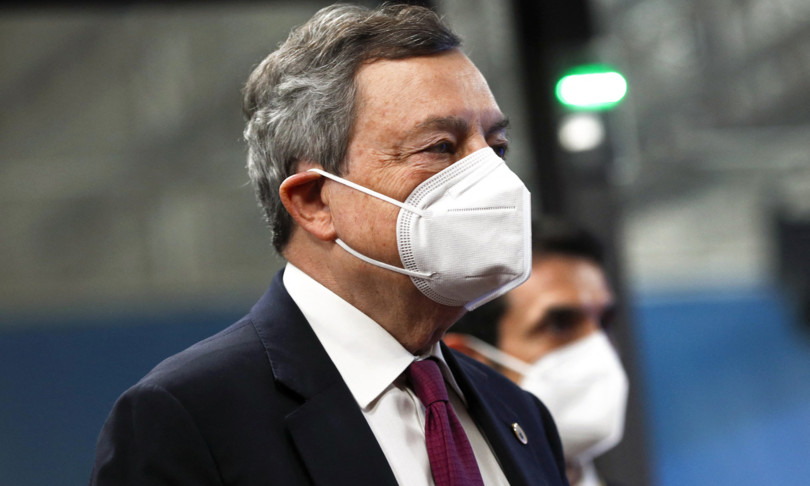 – Last ten days of fire for the government before the close of the year. Monday the president of the Draghi Council meets the German Chancellor Scholz: spotlights on the health emergency but also on the state of the European Union economy, with the theme of the revision of the stability pact in the background; on Wednesday the premier will hold the end-of-year conference to illustrate the balance of what has been done (and especially take stock of the progress of the NRP), the day after the control room to evaluate new anti-Covid measures and then the race to approve the budget law begins which so far has had a rather bumpy journey.

A final rush of 2021 that the parties of the majority interpreatno as the latest moves by the premier in view of the elections for the President of the Republic.

Of particular concern is the advance of Omicron. At the moment there is no list of measures that will be introduced in view of the Christmas holidays but there should still be the extension of the super green pass, for example to local transport and shopping centers, on the table also the hypothesis of reducing the ‘timing’ of validity of the green certificate to six months and we are also thinking about the obligation of masks outdoors, while the possibility of mandatory vaccines is not being examined, nor would there be the outright extension of the health passport to all workplaces, even if the measure introduced, for example, for the police could contemplate new categories.

In any case, the executive will express its opinion on the basis of the new data and on the indications of the scientists in the control room convened for next Thursday. But already in the press conference at the end of the year will come the invitation of the Prime Minister Draghi to the Italians to keep the maximum responsibility and respect the anti-Covid rules.

Above all, it is expected to tighten the links to avoid gatherings. Moreover, many regional presidents have already taken the initiative to ban street parties on New Year’s Eve.

But with the extension of the super green pass, the aim is to favor vaccinated people in any case. And to convince those who have not yet taken the vaccine doses to take action as soon as possible.

The other operation that the premier has in mind is to present the completion work on the NRP with the 51 objectives set. To be able to obtain the first installment of 24.1 billion from Europe. But the gaze of the parties is already turned to the return to work after the Christmas parliamentary break.

The political forces are divided on the possibility that the prime minister may succeed Mattarella. Salvini yesterday tried to lock him in Palazzo Chigi in the wake of what Forza Italia has been arguing for a long time, primarily Berlusconi.

With the premise that a shared figure will still have to go to the Colle. Today the ‘Captain’ League has ‘corrected’ the shot: no veto against anyone.

So neither of Draghi. But the Berlusconi option remains in the center-right. For days among the Azzurri we have been wondering if the coalition will be granite on the Cavaliere in the fourth vote. Suspicious of the allies, so much so that it is thought to ‘diversify’ the vote on the name of the blue president but today the force coordinator Tajani said he was convinced that the FI-Lega-Fdi axis will be granite.

In other words, if we were to get to the vote on the Hill by ‘blocks’ and not through a ‘wide’ choice of all parties, then the bet will be on the former premier. A bet that the 5-star Movement and the Democratic Party will not play, guarantee the pentastellated leaders and the dem. The ‘plan B’ leads to a woman (but Salvini expressed doubts, as did the 5-star Movement, about the name of Cartabia) or to personalities like Amato or Casini.

However, despite the resistance of the majority parties and the pressure of the European chancelleries who look at the risk of political instability, the Draghi option remains on the table.

Who, possibly, will not oppose this hypothesis is Renzi. Yesterday the leader of IV explained to his followers that he certainly does not intend to block the way of the former ECB number one, should he seriously aspire to the Quirinale.

It was we – underlined Renzi with the loyalists – who wanted it at Palazzo Chigi, let alone if we could say no. But like the other leaders, the senator of Florence also fears for the aftermath.

Weigh the health emergency, the expensive bills, the inflation that runs. I would not – he argued according to what is reported by parliamentary sources IV – that Italy would pass from the first country of the year 2021, to the last one of 2022. And in the e-news he pointed out with no little irony as “who last year he shouted ‘O Count or death’ ”now he believes that Draghi is irreplaceable.

In addition to the center-right and the former red-yellow front which is preparing a joint candidacy, the centrists are moving. The goal is to make an axis in view of the vote of the Quirinale. Even if there is a slowdown on the possibility of a single group that includes, among other things, Iv and Coraggio Italia.

It is they – Renzi explained to his family – who came to look for us. We will see in the next few days, he argued, not particularly advocating a possible acceleration of the project.